Todd D. Clausen helped to rescue Cassidy J. Wanna from burning, Summit, South Dakota, June 9, 2015. Cassidy, 2 months, was in an infant car seat in the back seat of a sport utility vehicle that a relative was driving on an interstate highway when fire broke out at the rear of the vehicle. As the car lost power, its driver pulled onto the shoulder, and flames rose several feet above the rear of the vehicle and spread toward its front. Thick smoke filled the car. Clausen, 44, sales representative, and another motorist stopped at the scene. The other motorist used a fire extinguisher to strike the window of the rear, passenger-side door, breaking it. Together, he and Clausen freed Cassidy through the window, with Clausen unbuckling the baby from his car seat and carrying him away as the other motorist removed the other occupants of the vehicle to safety. Fire quickly engulfed the vehicle, destroying it. Cassidy required hospital treatment for burns and smoke inhalation, and Clausen sustained minor burns to his arms. They recovered.

Todd Davis Clausen, 49, of Sioux City, Iowa, died on Aug. 29, 2020, surrounded by his family, after a three-year battle with stage-four pancreatic cancer. He was born on March 7, 1971, in Akron, Ohio, to Larry Duane and Dorothy Janice (Hendrickson) Clausen. He was raised in Sioux City, attending Longfellow Elementary, East Middle, and East High School, where he graduated with the class of 1990. Clausen obtained a bachelor’s degree from the University of South Dakota, where he was an active member of the Lambda Chi Alpha fraternity and the Strollers.

Clausen married the former Ivy Moss of Sergeant Bluff, Iowa, on April 17, 2004. They made their home just outside of Sioux City, where they raised two children, Samuel Raine and Laryn Janice. In his career, Todd worked as a tracker for the probation department at Sergeant Bluff schools, and as a salesman of wine, pharmaceuticals, and most recently and happily, Gerkin Windows & Doors.

During one of his sales trips for Gerkin, Clausen came upon a car on the shoulder of Interstate 29 in South Dakota that was on fire with a family trapped inside. With another good Samaritan, Clausen aided the family, including an infant. For his heroism, Clausen was honored by the Sisseton Wahpeton Oyate of the Lake Traverse Reservation with a blanket ceremony, as well as the Carnegie Medal, accepting the recognition with humility, grace and appreciation. However, he struggled with unwarranted guilt in being unable to save the adult passenger, who later died from her injuries.

Clausen’s favorite activity was, with his wife Ivy, being a dedicated and loving parent to their children. The most difficult part of his brave fight with cancer was his concern for their well-being.

(Edited from obituary published in the Sioux City Journal.) 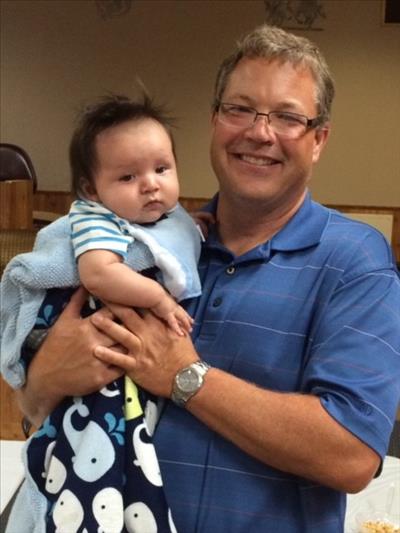