Cassidy, 2 months, and his great-aunt, Stoughton, 53, were passengers in a sport utility vehicle that their relative, Wanna, 23, was driving on an interstate highway when fire broke out at the rear of the vehicle. As the car lost power, Wanna pulled onto the shoulder, and flames rose several feet above the rear of the vehicle and spread toward its front. Thick smoke filled the car.

Bartscher, 30, public works employee of Aberdeen, South Dakota, and Clausen, 44, sales representative of Sioux City, Iowa, both motorists, stopped at the scene. Using a fire extinguisher from his work truck, Bartscher pushed the flames away from the passenger side of the vehicle until the extinguisher was emptied. He then used the bottom of the extinguisher to strike the window of the rear, passenger-side door, breaking it.

Together, Bartscher and Clausen freed Cassidy through the window, with Clausen unbuckling the baby from his car seat and carrying him away. Bartscher then opened that door, partially entered the vehicle, and, grasping Wanna, pulled her to safety. Re-entering, he aided Stoughton to escape after freeing her from an entanglement.

Cassidy, Wanna, and Stoughton required hospital treatment for burns and smoke inhalation. Bartscher recovered from minor cuts to his arms, and Clausen from minor burns.

“They certainly did save some lives he actually was a hero and the Carnegie award is like the highest civilian honor you can get so that’s a huge huge deal,” Scott told the Siouxland News. 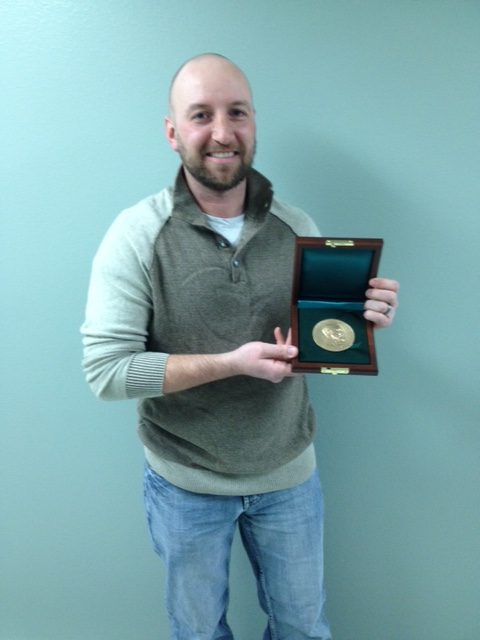