Steven W. Fitzpatrick rescued Theodore E. Shockley from burning, Marysville, Washington, April 18, 2018. Shockley, 88, was in his burning mobile home after fire broke out in the living room. Fitzpatrick, 72, retired laborer, lived across the street and was alerted to the fire. Fitzpatrick went to Shockley’s home with fire extinguishers and entered its living room through the front door. Despite blistering heat, Fitzpatrick crawled to Shockley, who was unconscious on the living room floor near a flaming couch. Fitzpatrick used a fire extinguisher near Shockley to suppress nearby flames, then grabbed Shockley and moved him toward the front door. Forced to retreat by heat, Fitzpatrick exited the home briefly for air, then re-entered and returned to Shockley. With difficulty, he moved Shockley to the threshold of the front door where another man grasped Shockley and fully removed him. Fitzpatrick exited the home, which was shortly engulfed by flames. Shockley sustained smoke inhalation and extensive burns; he died later that day. Fitzpatrick sustained burns to his head, forearm, and hand, for which he received hospital treatment; he recovered. 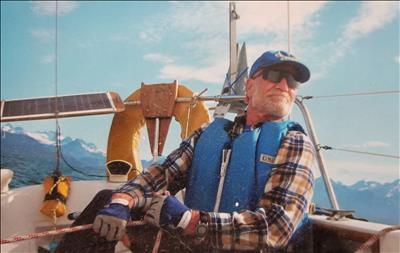