Gary J. Messina helped to save a man from drowning, New York City, New York, June 1, 2016. The man was bobbing in the East River at a point about 60 feet from a seawall, the top of which was about 8 feet above the surface of the water. Jogging at the scene, Messina, 56, on-duty police captain, climbed over a railing and jumped from the seawall into the 23-foot-deep water, as did two other men. The three rescuers swam to where the man, who had by then submerged, was last seen. One of the other rescuers submerged and pulled the man, who greatly outweighed him, by his shirt to the surface of the water and then grasped him from behind and supported him as he trod water. Messina and the other rescuer then each grasped the man by an arm. Together, they swam back toward the seawall with the man, but the swift current carried them downstream, to a point at the wall about 600 feet from where they entered the river. As there was no egress from the water there, they remained in position, one of the other rescuers securing a hold to the wall while Messina and the third rescuer trod water. A police rescue boat arrived within minutes, but as it could not get close to the wall, Messina and the two other rescuers swam and were carried by the current as they took the man to the boat. All four were assisted from the water and taken to safety, the man requiring hospital treatment. 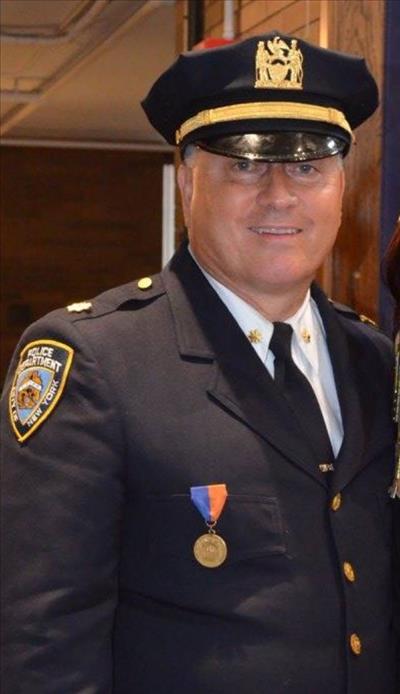