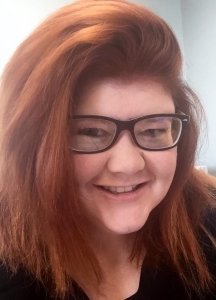 At the age of 10, I started my summer by creating a neighborhood newsletter, formatted on a double-sided, 8.5-by-11 piece of paper. The handwritten, hand-drawn publication mostly included puzzles, a few tidbits of insignificant, subdivision gossip overheard from my friends’ parents, and the weather report plagiarized from the real newspaper. Despite the completion of a mere three editions before moving on to a weeks-long Monopoly game and the fortification of last year’s tree fort, it was my first introduction to journalism.

Later, I worked through stints as editor of my high school and university newspapers. It was there that I learned the value of telling stories. I could see students flip through the paper before class, hear groups of people discuss what they had learned from that edition, and answer follow-up questions from sources and peers. My classmates could use the paper to spread the news about an initiative or learn about what was going on with their town, their campus, and their tuition dollars. During those later years, I earned a Bachelor of Journalism from the widely acclaimed University of Missouri and went on to work as a reporter for a Pittsburgh daily newspaper in 2009. While there, I also started what became a moderately successful blog that mostly included scrumptious recipes, a few tidbits from my own life and Pinterest-worthy crafts.

Twenty years after the debut of my journalism career, I am honored to continue growing as an editor through imPULSE.

When I started working at the Carnegie Hero Fund Commission in June 2013, I wrote in my introduction to the organization that I have always loved telling stories and those of our heroes were especially fulfilling to me as a writer and as a human.

“Every day I get to write about extraordinary acts of kindness. I get to tell the epic stories of the bravery and courage and altruism in real people,” I wrote in an imPULSE article three months after joining the organization.

As a case investigator, most of that writing was in the form of highly detailed reports that attempted to present the fullest picture of the rescue for Commission board members to effectively render their decisions. Investigations include determining wind direction and water current speed, estimating the weight of an attacking animal, or calculating the impact force created by a falling object. These types of facts are integral to helping Commission members determine the risk taken on by each rescuer under consideration for the Carnegie Medal.

Now, as I stretch my legs in a newly created outreach coordinator role, I still have the honor of writing about Carnegie Heroes, but imPULSE deals with more than just these epic rescues – it deals with the aftermath, too. Together, we get to learn about what the heroes do with the rest of their lives, such as Carnegie Hero John Williams, who recently won sheriff department awards for two additional rescues. We get to learn about the impact of the rescue on those who were saved, such as the boy named for Primitivo Garcia, the man who saved the boy’s then-pregnant grandmother from assault in 1967. And we get to learn about the legacy left behind by our Carnegie Heroes for future generations, such as posthumous awardee John N. Miller’s children, who returned to their hometown this summer to recognize their father’s sacrifice and those who continue to tell the story of Mary Frances Housley.

As its second-ever editor, my plans for imPULSE are to continue its tradition of telling relevant, interesting stories that not only illustrate the continued impact of Carnegie Medal awardees on their friends, families, and communities, but also the impact of the Commission. I hope this newsletter continues to inform and inspire, as it has done for its first 50 issues.

“We live in a heroic age,” Andrew Carnegie wrote in the Commission’s Deed of Trust. And I can’t wait to tell you about it.