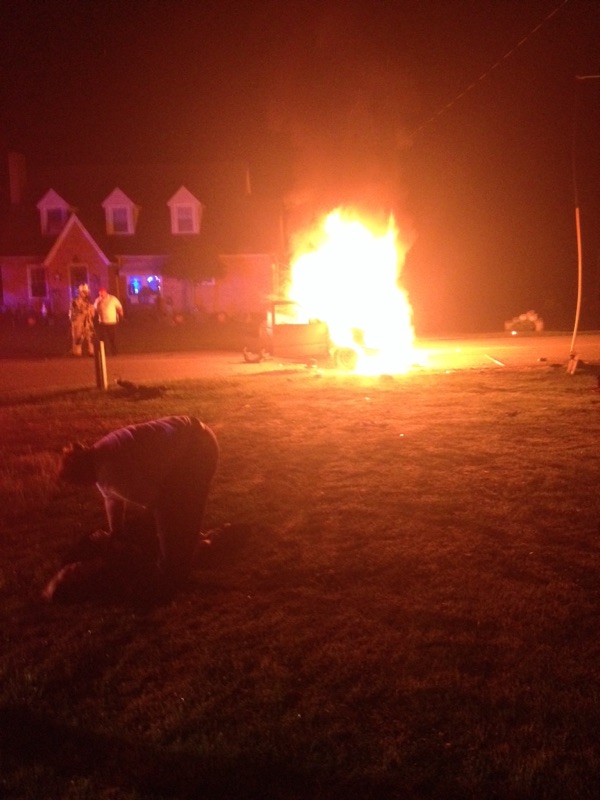 At night in a rural area, Roup, 32, was the driver of a pickup truck that left the highway at a curve, struck a utility pole, and came to a stop on the road, between two houses. There was heavy damage to the front end and the driver’s door, and fire broke out under the hood. Roup was trapped on the driver’s side, and she screamed for help.

A nearby homeowner, Santaniello, 56, truck driver, went to the pickup and opened the passenger-side door. Reaching inside, he pulled Roup’s torso into the passenger seat.

His neighbor, Shaw, 68, retired mechanic, responded to the scene.

Informed that Roup’s legs still were stuck, Shaw entered the truck and reached to the driver’s side floor to free her feet from the pedals. Shaw then moved the steering wheel, further freeing Roup, as Santaniello pulled her from the truck.

Santaniello and Shaw dragged Roup into the grass before flames increased to engulf the truck.

Roup was hospitalized for minor injuries but was not burned. Shaw suffered minor cuts to his fingers.