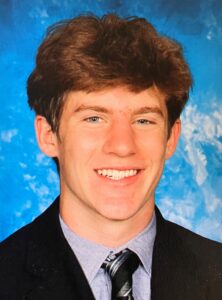 A 15-year-old boy was atop a rocky breakwater with friends on June 24, 2020, when he noticed a younger boy drifting into deeper water in Lake Erie off of Mentor, Ohio. After shouting at the boy and receiving no response, Shane Morrison of Concord Township, Ohio, jumped in and swam to 13-year-old Donovan Conwell. Donovan had already struggled to remain afloat for several minutes, and as Shane approached, he panicked and submerged Shane repeatedly as Shane kept him afloat in the water. Shane attempted to swim back toward the breakwater, but he made little progress due to a strong current pulling them farther into the lake. Donovan was in and out of consciousness, as Shane trod water. Authorities arrived in a boat, picked the boys up and took them to safety. Donovan, who ingested water, received treatment at a hospital; he recovered. Although nearly exhausted, Shane was not injured.