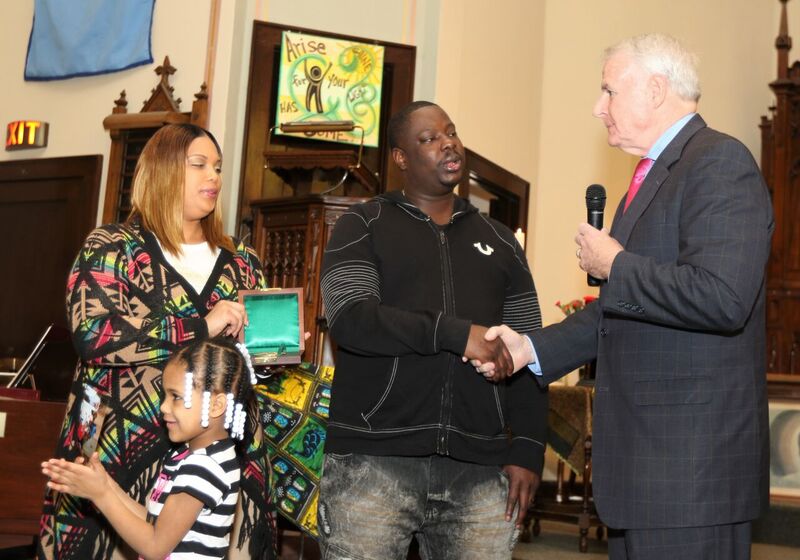 The grandmother woke four younger children, and as she escorted them outside to safety, Kevin re-entered the room where he and his 2-year-old cousin had been sleeping.

Firefighters later found Kevin in that bedroom, lying on his cousin, a mattress pulled over the two of them. Both children died.

The church service was preceded by members of Milwaukee Fire Department’s honor guard presenting the colors.

Kevin’s remains were carried through the church by men playing drums and placed on the altar during the service at his home church, where he was baptized in 2010 and where his parents married this past August.

Each child at the service received a picture of Kevin’s baptism, which they held while singing “This Little Light of Mine.”

“What my son did,” Areial Little told reporters at the service, “It didn’t get swept under the rug. We’re honored that he’s being honored by such beautiful people.”

“Today we pay tribute to a true hero,” Barrett said as he presented the medal. The congregation responded with a standing ovation.

“Kevin responded with the most intense goodness that a pure human can show,” she said. “The strength of Kevin’s goodness still gathers people together.”