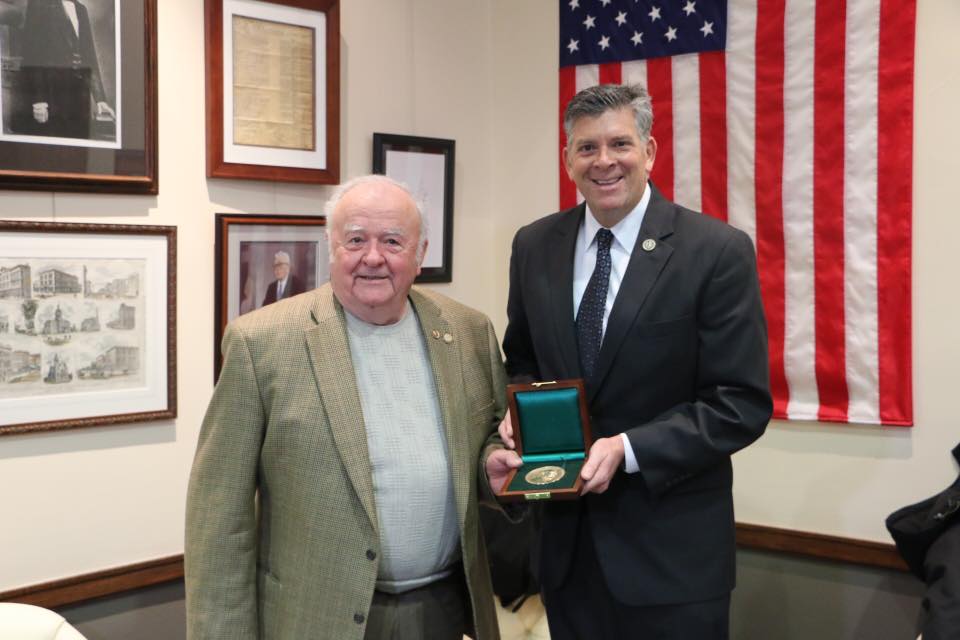 Vernon was stabbed in the hand while confronting and struggling with a man wielding two knives who had entered a youth chess classroom in a Morton, Ill., library. Vernon immediately stepped toward the assailant and confronted him, while the 17 children and four women attending the class exited the room to safety. Vernon ultimately forced the assailant onto a table, subdued him, and caused him to release the knives. Police arrived and apprehended him.

“To have him recognized by the Carnegie foundation really says a lot about him, his courageous acts on that day. And it tells young people that we have a hero in this community,” said LaHood, who represents the 18th district of Illinois.

“Jim was phenomenal in just talking with the young man, and deflecting his attention from the kids in the room, because he really came in with the intent to hurt children,” said Sandy Rassi, an eyewitness to the rescue.