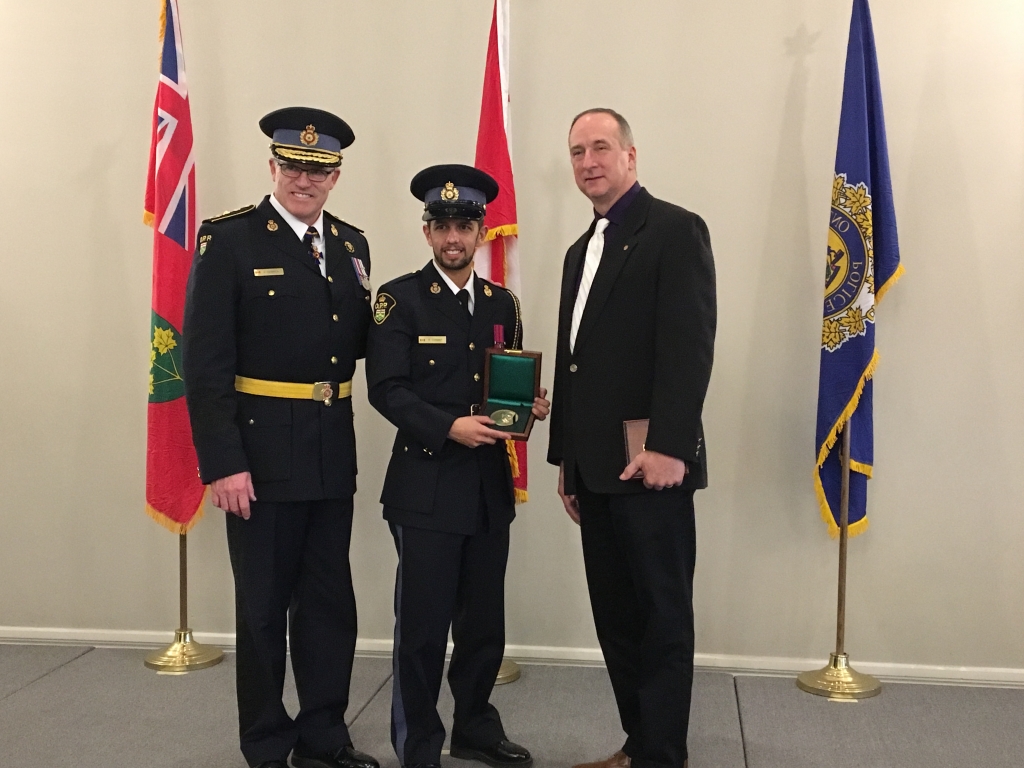 In 2015, Conant, an on-duty police officer of Stoney Creek, Ont., responded to the scene of a man who had become stranded on the wall of a steep ravine at a point about 10 feet from the wall’s abrupt drop. Concluding that there was not enough time to wait for rescuers, Conant tied one end of a worn rope that was at the scene around his chest as the other end was secured to a tree root.

He lowered himself to the man, who outweighed him and was struggling to maintain a grip on a tree branch with one hand while holding his dog in his other hand. Conant helped reposition the man to a more secure position, straddling the branch, until rescuers could arrive.

Firefighters eventually used a series of ropes and a harness to secure and remove the man and his dog to the top of the cliff, an hour after his ordeal began. Conant was raised in a similar fashion, having spent 30 minutes on the cliff face.

Rogers, also a Carnegie Medal awardee, rescued a woman from a burning home in 2002. Conant said he particularly enjoyed spending time with another Carnegie Medal recipient.

“I met Dennis, and he was a great guy,” Conant said. “We shared some laughs, compared some stories, and created a good connection.”