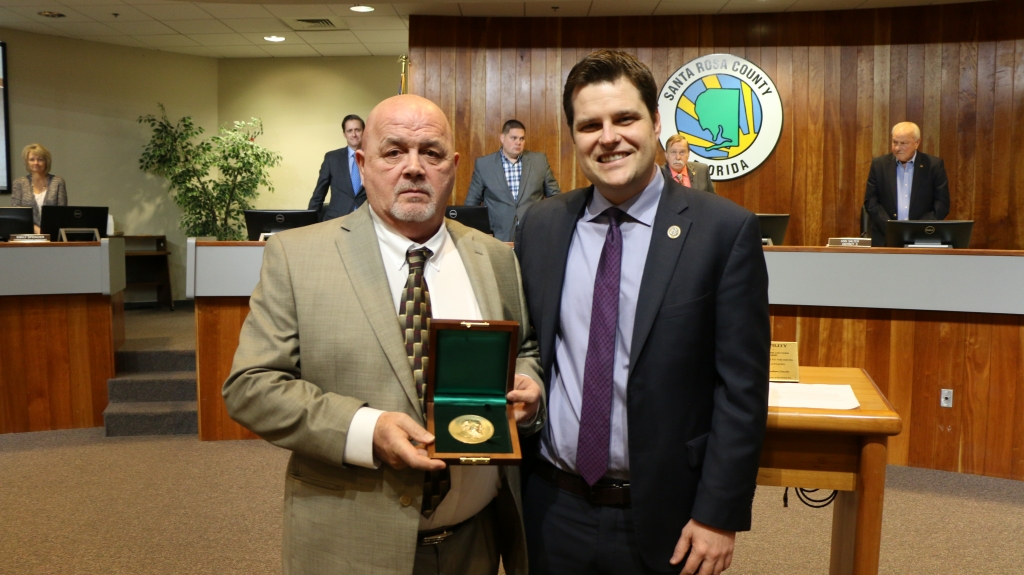 On July 28, 2016, Hammond of Gulf Breeze, Fla., rammed his body into the glass sliding door of a home to remove his friend, who used a wheelchair. Once the door shattered, he was unable to see inside the room, but he crawled until he felt the bed and located Stephanie Wright. He dragged her to the doorway, and then collapsed, nearly exhausted. Others removed Wright from the doorway. Hammond suffered numerous cuts on his body and was treated by medical personnel for smoke inhalation.

The award “reminds us of what bravery and what virtue lives in the hearts of our friends and neighbors,” said Gaetz, who represents Florida’s first district.