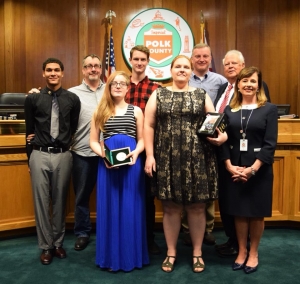 In September 2016, the 18-year-old high school student of Bartow died attempting to save his sister, Crystal E. Droz, from drowning after falling into fast-flowing water. Welch and his mother entered the water and swam to Crystal. They all held to each other and fought to stay above water as they drifted more than 200 feet downstream. Eventually, Welch separated from Crystal and his mother and submerged.

“Austin was a selfless hero who made the ultimate sacrifice for his younger sister,” stated Rooney, who represents Florida’s 17th district, in a Feb. 21 Facebook post.