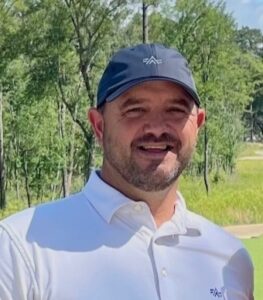 A 73-year-old woman, Carol S. DeLillo, was tending her Okatie, South Carolina, backyard on the evening of July 3, 2020, near the bank of an 8-foot-deep pond when an alligator, weighing 275 pounds and measuring 10 feet long, emerged from the pond, bit down on her leg and dragged her into the water. Neighbor Kenneth Brian McCarter, a 44-year-old plant operations manager, was nearby when he saw her splashing in the water and calling for help. He entered the water and swam about 70 feet to DeLillo. He grabbed her around her waist and attempted to pull her up to the surface of the water, but he could not. They were then both pulled under the water. McCarter attempted again to pull her to the surface, yanking her free of the alligator’s jaws. McCarter dragged and pushed DeLillo, who was heavily bleeding, back toward the bank where McCarter’s teenaged son was waiting to assist them from the water. DeLillo underwent multiple surgeries but regained the ability to walk with a cane. McCarter was not injured.