Terry Brown helped to save Joshua A. Peterson from drowning, Brookings, Oregon, June 2, 2014. Joshua, 14, was in the surf near shore at a state park beach along the Pacific Ocean when he was swept farther out, into deeper water, by a strong current. He shouted for help. First responders included Brown, 33, sheriff’s deputy. Donning a life jacket and attached to a 100-foot length of rope, Brown entered the 54-degree water and backstroked toward Joshua. Reaching the limit of the rope, Brown detached himself from it and continued to Joshua, who by then was about 240 feet from shore. They attempted to swim back together but made no progress against the current. As they waited for help, Brown supported Joshua to keep his head out of the water, and they were pulled farther out. Meanwhile, rescue efforts were being effected by the Coast Guard, local firefighters and police, and the county’s search and rescue team. About 35 minutes after Brown entered the water, a member of the rescue team made his way out to the victims and took Joshua from Brown, who by then was hypothermic and losing consciousness. A second team member responded with a line that was held by those on shore. The four held to each other as they were pulled to safety. Joshua and Brown were taken by ambulance to the hospital, where they were detained overnight for treatment of hypothermia, and Brown for related issues. Both fully recovered, Brown returning to work in a week. 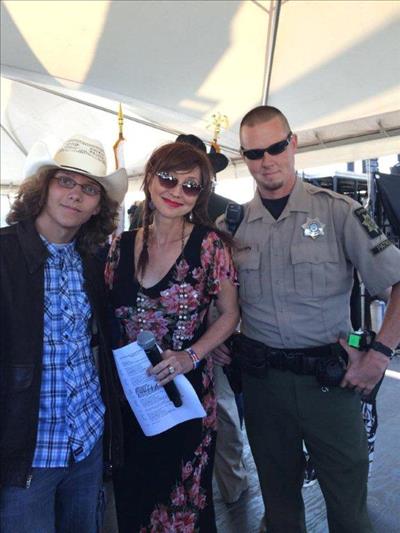