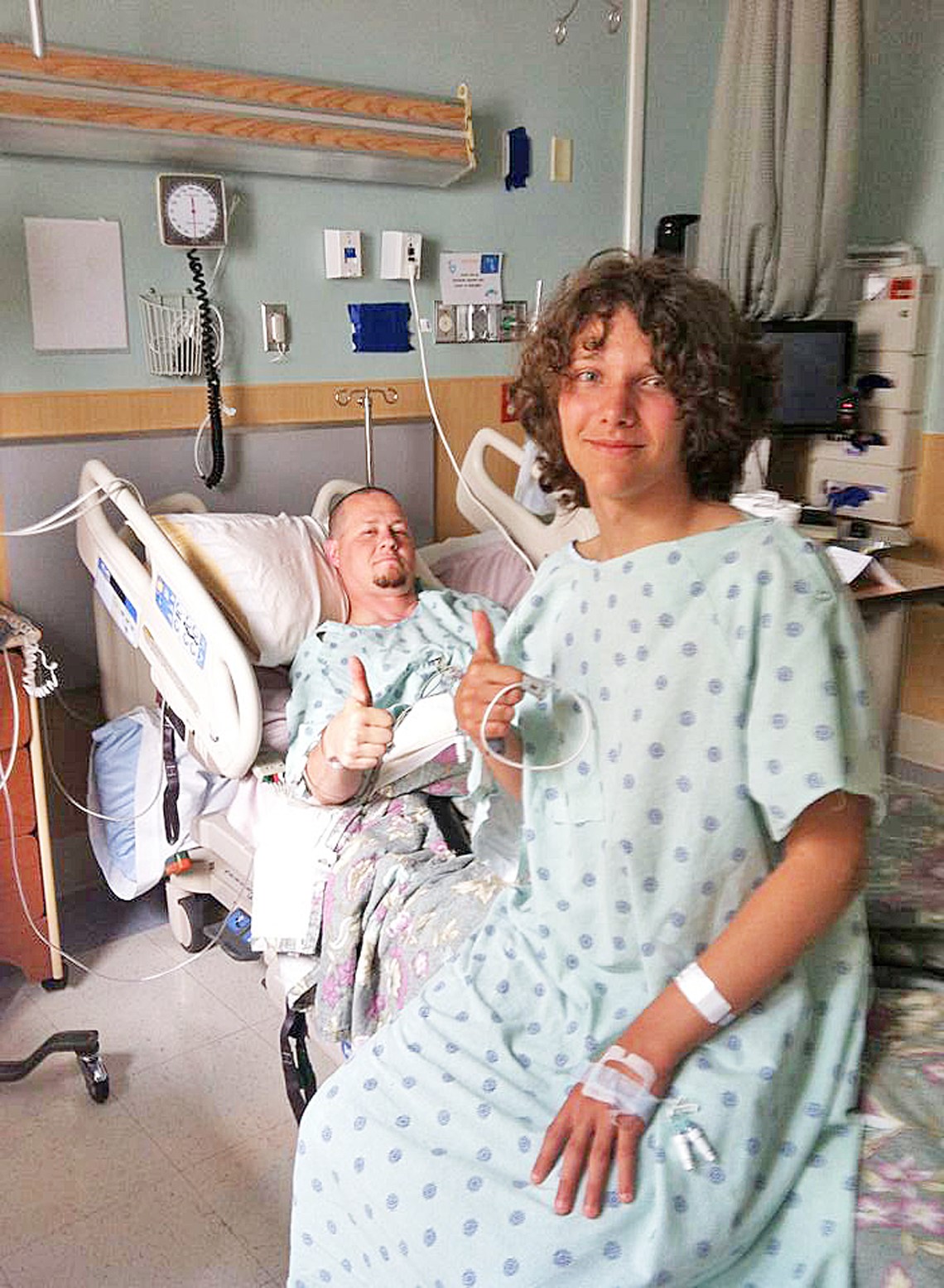 On June 2 last year, Joshua, then 14, was in the surf near shore at a state park beach along the Pacific Ocean at Brookings when he was swept farther out, into deeper water, by a strong current.  He called for help.  On duty, Brown, 33, was among the first responders and, although not trained or equipped for rescues of the type, donned a life jacket and entered the 54-degree water with one end of a 100-foot-long rope.  Reaching the limit of the rope, Brown released it and continued to Joshua, who was then 240 feet out.

Unable to make progress in their return to shore, the two awaited help, Brown supporting Joshua as rescue efforts by the Coast Guard, firefighters, police, and the county’s search and rescue team were effected.  More than a half-hour after he entered the water, and by then considerably weakened himself, Brown was pulled to shore with Joshua by the rescue team.  Suffering hypothermia, they required an overnight stay in the hospital, where this photo was taken, but each recovered.  For his efforts, Brown was awarded the Carnegie Medal in March.  Further details of his actions, and another photo, are on page x.  Nineteen others from throughout the U.S. also received the medal for heroic acts.  The photo is by Jill Peterson and is provided as a courtesy by the Curry Coastal Pilot.