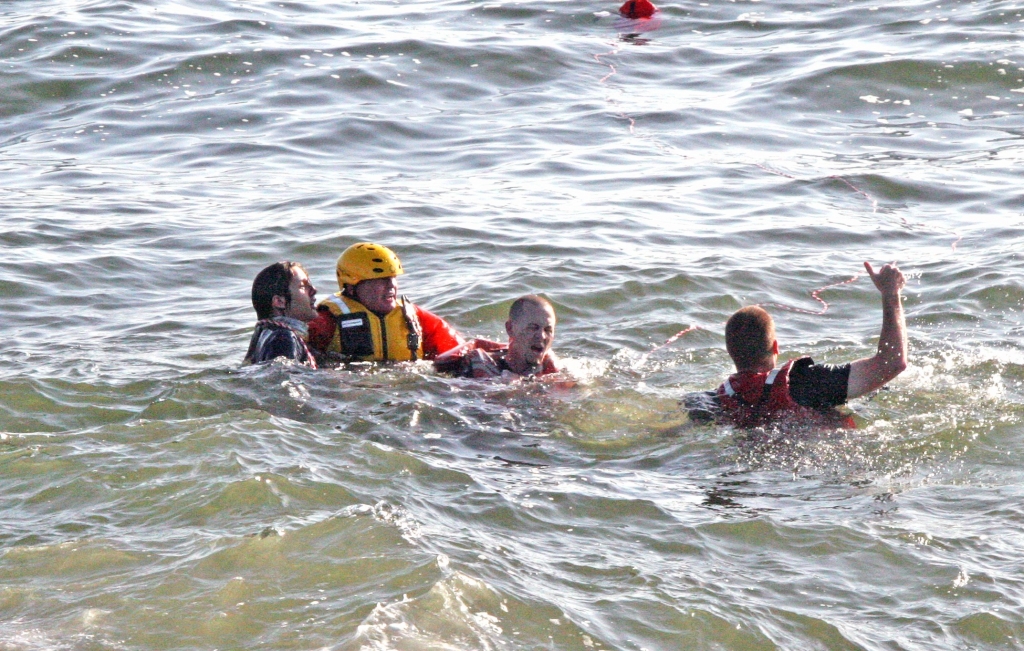 In 2015, Terry Brown of Dallas, Ore., was awarded the Carnegie Medal for his actions of June 2, 2014, by which he helped to save a teenage boy from drowning in the Pacific Ocean at a state park beach near Brookings, Ore.  Earlier in 2016, Brown, a deputy with the Polk County (Ore.) Sheriff’s Department, received the prestigious Gold Lifesaving Medal from the U.S. Coast Guard for the same rescue.

Established by an act of Congress in 1874, the Coast Guard medal, given in grades of silver and gold, is one of the oldest in the U.S., with the gold medal having been awarded 724 times.  Brown’s award was one of only two approved in 2015.  Other recent Carnegie Medal awardees who were awarded the gold Coast Medal are Kyle Robert Hardman (posthumous) and Jarvise Shelton, who acted in behalf of victims of a disabled boat on the Mississippi River at St. Louis, Mo., in 2012; Ross McKay Barfuss, who died attempting to save a boy from drowning in the Pacific Ocean in 2008; and M. L. Skutnik, who helped to save a woman from drowning in the Potomac River at Washington, D.C., in 1982.

A silver lifesaving medal was recently awarded, posthumously, to Wayne L. Hoffman of Spring Green, Wis., for attempting to save a man from drowning in Lake Superior in 2014.  Hoffman was awarded the Carnegie Medal last December.  (See page x.)

The medal’s awarding requirements are somewhat similar to those of the Carnegie Medal and include that the candidate must perform a rescue or attempted rescue from “drowning, shipwreck, or other perils of the water” at the risk of his or her own life, demonstrating “extreme and heroic daring.”

Brown’s moment of extreme and heroic daring came while he was on duty as a deputy with the Curry County (Ore.) Sheriff’s Department.  He was called to Harris Beach on report of 14-year-old Joshua A. Peterson’s being carried from shore by currents of the rough surf while skim-boarding in the 54-degree water.  Attached to one end of a 100-foot-long line, Brown, then 33, who had served in the Coast Guard nine years earlier, entered the water and proceeded out to Joshua.  He released the line to go beyond its length and reached the boy at a point about 240 feet from shore.

Nearly exhausted by then, Brown and Joshua held to each other as they floated on their backs and attempted to propel themselves forward.  Waves crested over them, causing them to ingest water, and they were carried farther out.  Meanwhile, rescue efforts were being effected by the Coast Guard, local firefighters and police, and the county’s search and rescue team.   One member of the rescue team reached Brown and Joshua at a point about 300 feet from shore.  By then, Brown had been in the water about 35 minutes and was hypothermic and on the verge of losing consciousness.  When the rescue team’s coordinator arrived at the end of a 300-foot-long line, Joshua swam to him, but Brown had to be towed by the first rescuer.  Together the group was pulled to safety by those on shore.  Brown and Joshua were both hospitalized overnight for treatment of hypothermia, and they recovered.