Michael J. Manley, Sr., died attempting to save Andrew Short from drowning, Virginia Beach, Virginia, September 27, 2015. While swimming in the Atlantic Ocean, Andrew, 17, was caught by a strong current that took him farther from shore and kept him from returning in the rough surf. From the beach, his mother’s partner, Manley, 43, heavy equipment operator, waded and then swam to a point near him. He calmed Andrew and then instructed him on how to return to shore. Andrew followed his directions and safely returned to the beach, where he collapsed. Manley, however, began to struggle in the water. Firefighters as well as a police officer arrived, entered the water, and attempted to rescue Manley, but conditions were too rough, and they were pulled back to shore. Manley’s body washed ashore shortly. He could not be revived, as he had drowned.

Michael J. Manley, Sr., 42, of Wilmington, Del., died on Sept. 27, 2015, at Virginia Beach, Va. Manley, the son of James J. and Barbara R. (Lind) Manley, was born in Wilmington. He attended St. Catherine of Siena School and graduated in 1992 from Thomas McKean High School, both in Wilmington.

Manley was a heavy equipment operator for Merit Construction in Wilmington after working for Christiana Excavating in New Castle, Del., for four years.

An avid sportsman, he was an accomplished disc golfer. He also enjoyed following football and the Philadelphia Flyers.

He died attempting to save his partner’s son, 17, from drowning in the Atlantic Ocean. After Manley swam to him, the boy used his instructions to return to shore. Manley was awarded the Carnegie Medal in September 2016.

A family friend, Pete Hinton, told a reporter for The News Journal in New Castle that Manley “performed the ultimate sacrifice.”

“I think those of us who knew Michael could not be more proud to say he was our family or friend,” Hinton said in a September 2015 story. “In my eyes, he exemplified all of the characteristics of what a hero is supposed to be.”

(Edited from an obituary published at Legacy.com.) 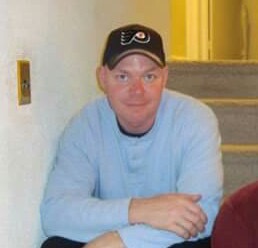