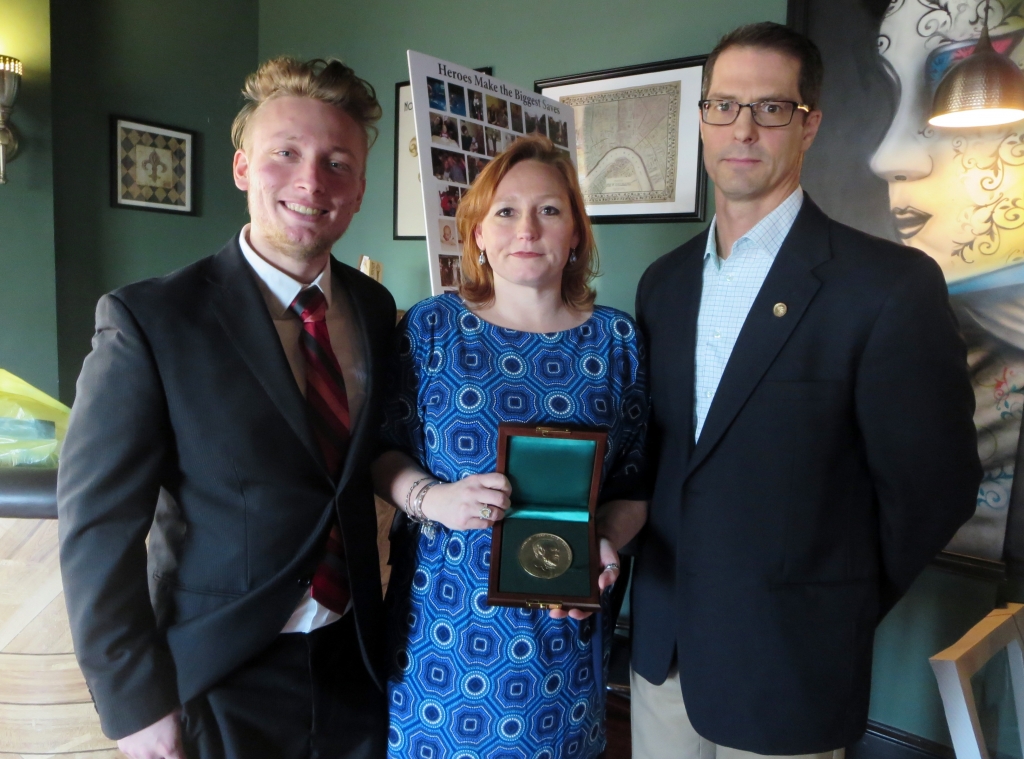 Family and friends gathered in Wilmington, Del., in February 2017 for the posthumous awarding of the Carnegie Medal to Michael J. Manley, Sr., who died Sept. 27, 2015, after saving his girlfriend’s son from drowning in the Atlantic Ocean at Virginia Beach, Va.  The medal was presented by Eric P. Zahren, right, the Hero Fund’s executive director, to the girlfriend, Amy Jo Fosdick, and her sons, Andrew Short, and Michael J. Manley, Jr., not pictured.  Manley, 43, a heavy equipment operator, swam out to Andrew, then 17, who was caught by a strong current, and instructed him on how to return to shore.  Andrew made it to safety, but Manley did not.  “Everybody loved Michael,” his sister Linda Ubil said.  “If you called him, he’d be right there.” Read more.