Jamie Alan Hyatt died attempting to rescue David D. Syring from suffocation, Granite Falls, Minnesota, January 7, 2016. Syring, 34, was working on a farm inside a tanker-trailer that was later found to be deficient in oxygen when he collapsed and lost consciousness. Hyatt, 34, who was a friend of Syring’s and was employed as a truck driver by the farm, was outside the tanker talking to Syring when Syring collapsed and became unresponsive. Hyatt, from a ladder on the tanker’s side, called out to Syring, then despite near-darkness inside and no easy egress entered its interior by way of a small hatch in its top. Once inside the tanker Hyatt experienced breathing difficulties almost immediately. He attempted to reach Syring about 20 feet away but ultimately lost consciousness and became unresponsive. A local fire department arrived shortly and, unable to reach Syring and Hyatt through the hatch, cut an opening in the side of the tanker to remove the men, who were transported to the hospital. Syring regained consciousness and survived. Hyatt died later that day from effects of asphyxia.

He was baptized and confirmed at the Wood Lake United Methodist Church in Wood Lake and graduated from Granite Falls High School in 2000. After graduation, Hyatt attended Minnesota West Technical College in Pipestone, Minn.

As a young man, Hyatt worked for Richters Concrete and Bornhoft Concrete. For the last 13 years of his life, he worked as a truck driver for Syring Trucking out of Granite Falls. He was a member of the Wood Lake United Methodist Church in Wood Lake. Hyatt enjoyed motorcycles, Fords, and racing, especially the National Hot Rod Association.

(Edited from an obituary published on the website of the Sunset Funeral & Cremation Association in Echo, Minn.) 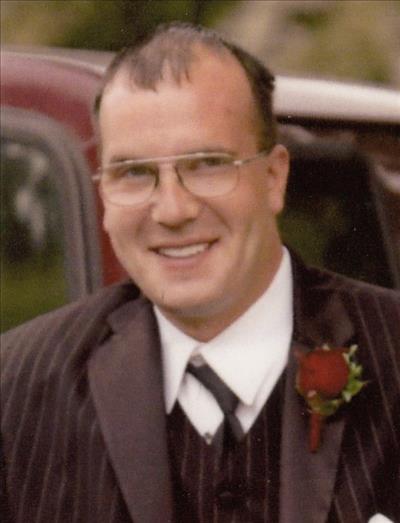