James O. Vernon saved 17 children and 4 women from assault, Morton, Illinois, October 13, 2015. The children and women were in a conference room of a public library attending a youth chess class. James O. Vernon, 75, retired information technology specialist, was the instructor of the class. A 19-year-old man, holding a knife in each hand, entered the classroom shouting. He stopped near a table where children were playing a chess game. Vernon, who was a short distance away, stepped toward the assailant and confronted him while the children and women exited the room to safety. The assailant swung one of the knives at Vernon, who raised his left arm to deflect it. A struggle ensued, with Vernon forcing the assailant onto a table, subduing him and causing him to release his grip on the knives. Police arrived and apprehended the assailant. Vernon underwent surgery for multiple serious lacerations to his left hand. 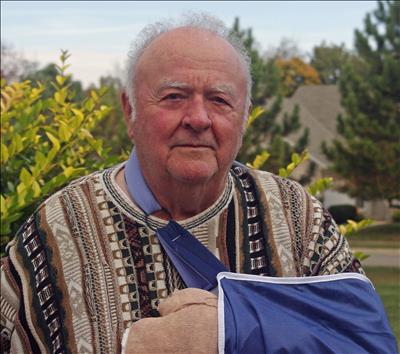