Humberto Sanchez III saved a boy from burning, Stockton, California, August 25, 2015. A 4-month-old boy remained strapped in his car seat, which was secured to the back seat of a sport utility vehicle, after an accident in which the vehicle was struck on its driver’s side by a pickup truck. The sport utility vehicle was then pushed into another car, and all three vehicles came to rest in close proximity to each other, the sport utility vehicle between the other two. Flames broke out at the front end of the sport utility vehicle and spread. Sanchez, 23, business manager, was nearby and heard the crash. He responded to the scene, where he approached the driver’s side of the sport utility vehicle but found both doors on that side jammed shut. Then going to the passenger side, he opened the rear door, fully entered the car, and, requiring multiple attempts, worked to free the boy from his seat’s restraints. He then lifted the boy from the seat and backed through the opened door with him, flames by then issuing along the underside of the vehicle to impinge on his legs. Flames grew also to enter and shortly engulf the front of the passenger compartment. The boy was taken to the hospital for observation, and Sanchez sustained only minor ill effect that did not require treatment. 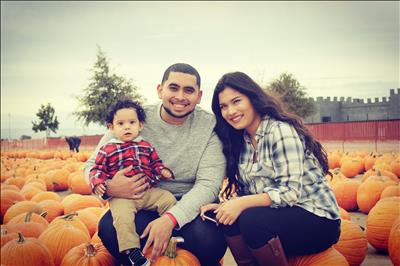