Enmanuel Familia died attempting to rescue Troy A. Love from drowning, Worcester, Massachusetts, June 4, 2021. While swimming in a pond, Troy, 14, submerged and did not resurface. On duty, Familia, 38, police officer, responded to the scene and, upon arrival, removed his duty belt, entered the water, and swam about 60 feet from the pond’s bank to locate Troy. Familia submerged beneath the water’s surface several times, ultimately failing to resurface. Other officers at the scene swam to where Familia was last seen and attempted to locate him but were unsuccessful. Fire department divers responded to the scene and located Familia about 58 feet from the bank in water that was 13 feet deep later that day. Firefighters removed him from the water and began resuscitation efforts. Familia was taken to a hospital where he was pronounced dead. He had drowned. Troy was also located and recovered later the same day. He was taken to a hospital but efforts to revive him were also unsuccessful. He too had drowned.

WORCESTER – Worcester Police Officer Enmanuel “Manny” Familia of Worcester, passed away on Friday, June 4, 2021, after injuries sustained while heroically trying to save a young boy from drowning in Green Hill Pond. Manny was 38 years old.

Manny was born in La Vega, Dominican Republic on February 23, 1983. He came to Worcester as a young boy and graduated from Doherty Memorial High School, Class of 2001. Following high school, he attended Quinsigamond Community College and was most recently pursuing a bachelor’s degree in criminal justice from Anna Maria College. Manny served as a Police Officer for the City of Worcester for the past 5 years. He was a member of Class 01-16. He was assigned to Operations last half riding Route 2 serving the northeast section of the city. Manny recently transferred to Operations days which was his current assignment. Only on the police department for a short time, Manny made a huge impact; he was a member of the Tactical Patrol Force, the Crisis Intervention Team, a Crisis Negotiator, and a Department Recruitment Officer. Officer Familia was currently training to become a member of the SWAT Team. Prior to becoming a Worcester Police Officer, Manny worked as an officer for the Oakham Police Department, Qunsigamond Community College Police Department, and the Clark University Police Department. He also had been a Supervising Officer for the Department of Youth Services, Youth Apprehension Division.

Manny was a devoted member of the Worcester Community. Off duty, Manny represented the WPD participating in various charities including the Tarantino 5K, WPD Basketball Team, Tarantino Softball Tournament, and the United Way and Boys and Girls Club Dodgeball Tournament.

When Manny had time off, he remained very active serving as the basketball coach for St. Peter’s Church. He also loved watching his son play baseball. He also enjoyed vacationing in Florida and going to the beach with his family. 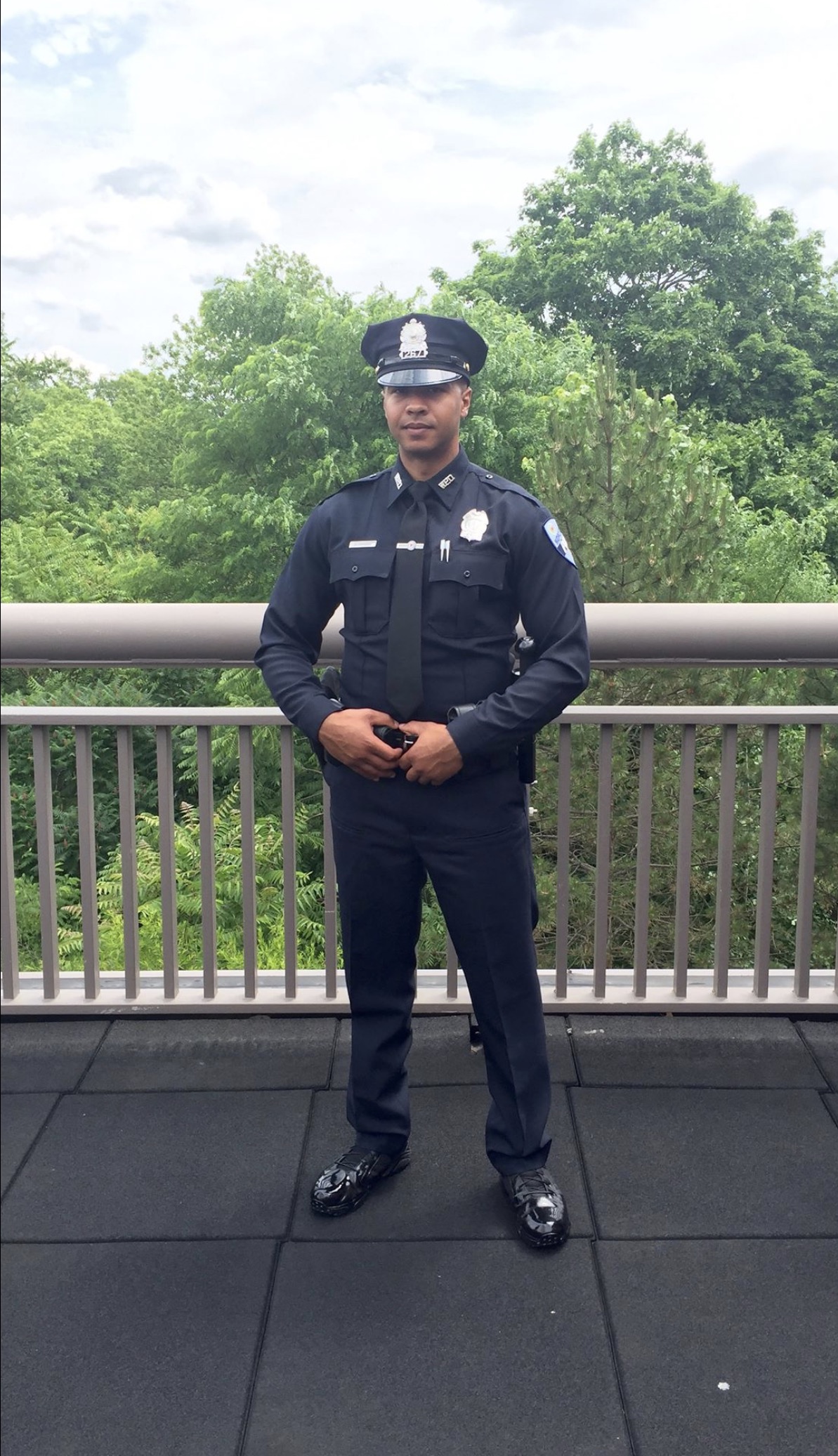