Amy M. Waterman attempted to help rescue Troy A. Love and Enmanuel Familia from drowning, Worcester, Massachusetts, June 4, 2021. Troy, 14, who had been swimming, submerged in the murky, 52-degree water of a pond and did not resurface. Familia, 38, entered the water and swam from the bank to locate Troy. Waterman, 47, state police trooper, responded to the scene and approached the bank along with a police officer. Waterman removed her shoes, gun, and handcuffs, entered the water, and swam to a point where she believed the Troy had submerged and made several shallow dives. A male officer on the bank alerted Waterman and a police officer that Familia had submerged and did not resurface. Waterman and the officer then swam about 45 feet and made several additional shallow dives to locate Familia. Fire officials responded and ordered all of the officers out of the water. Waterman exited the water to safety. She was nearly exhausted and was taken by ambulance to be checked for injuries. She was released and recovered. Troy and Familia were recovered by divers later that day, but they could not be revived. 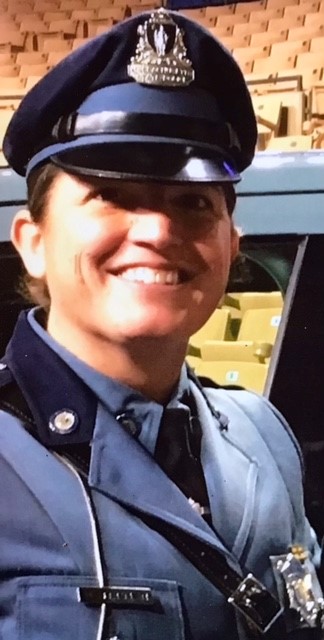