Christopher Lee Taylor saved David Miles from burning, Greenville, Ohio, October 31, 2020. Miles, 30, was semi-conscious at night in a two-story house that lacked power after flames broke out in a second-story bedroom. Miles was lying on a stairway between the first and second floors. Taylor, 36, forklift operator, was in a car passing the scene and saw flames in the house’s second floor. Taylor ran to a door at the side of the house. Unsure if anyone was inside, he extended his head into the home, and called out. He heard Miles moaning. Bending forward to keep his head out of the smoke, Taylor walked inside and made his way through thick smoke and intense heat to the stairway, where he found Miles, then unconscious, near the top. Flames on the second floor near the stairway were moving close to Miles. Taylor ascended the stairs to Miles, picked him up and cradled him, then carried him to the side door and exited. He placed Miles on the ground, where Miles regained consciousness. Miles inhaled smoke but was not burned. Taylor inhaled smoke; he recovered. 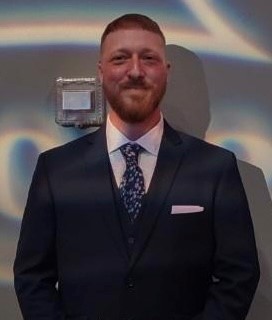