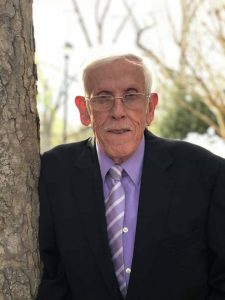 The late David Covington, 72, of Rockingham, N.C., intervened as two dogs attacked a 6-year-old girl who had just gotten off her school bus Jan. 9, 2019, in Rockingham.

Two pit bull dogs were mauling her near the bus, when Covington saw the attack and went to her aid. Wielding a 4-foot-long tree branch, he swung at and struck the dogs until they ceased their attack. Following the incident, the girl was hospitalized for treatment of serious injuries, and she recovered.

Covington died in May from causes unrelated to his heroic rescue.