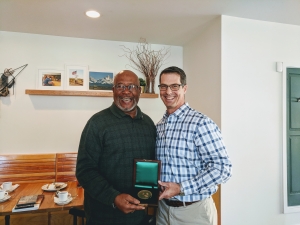 Surrell, 64, of Allentown, saved his 8-year-old neighbor from burning on May 4, 2017. He responded to the burning home, and learning that the girl was still inside, he entered the house through the front door and began to climb the stairs to the second floor. Dense smoke and heat forced him to retreat outside, but, undeterred he re-entered the house, climbed the stairs, and went to his hands and knees. Hearing the girl moan, he crawled toward the sound, and found her. He carried her outside, where he gave her rescue breaths until she was revived.