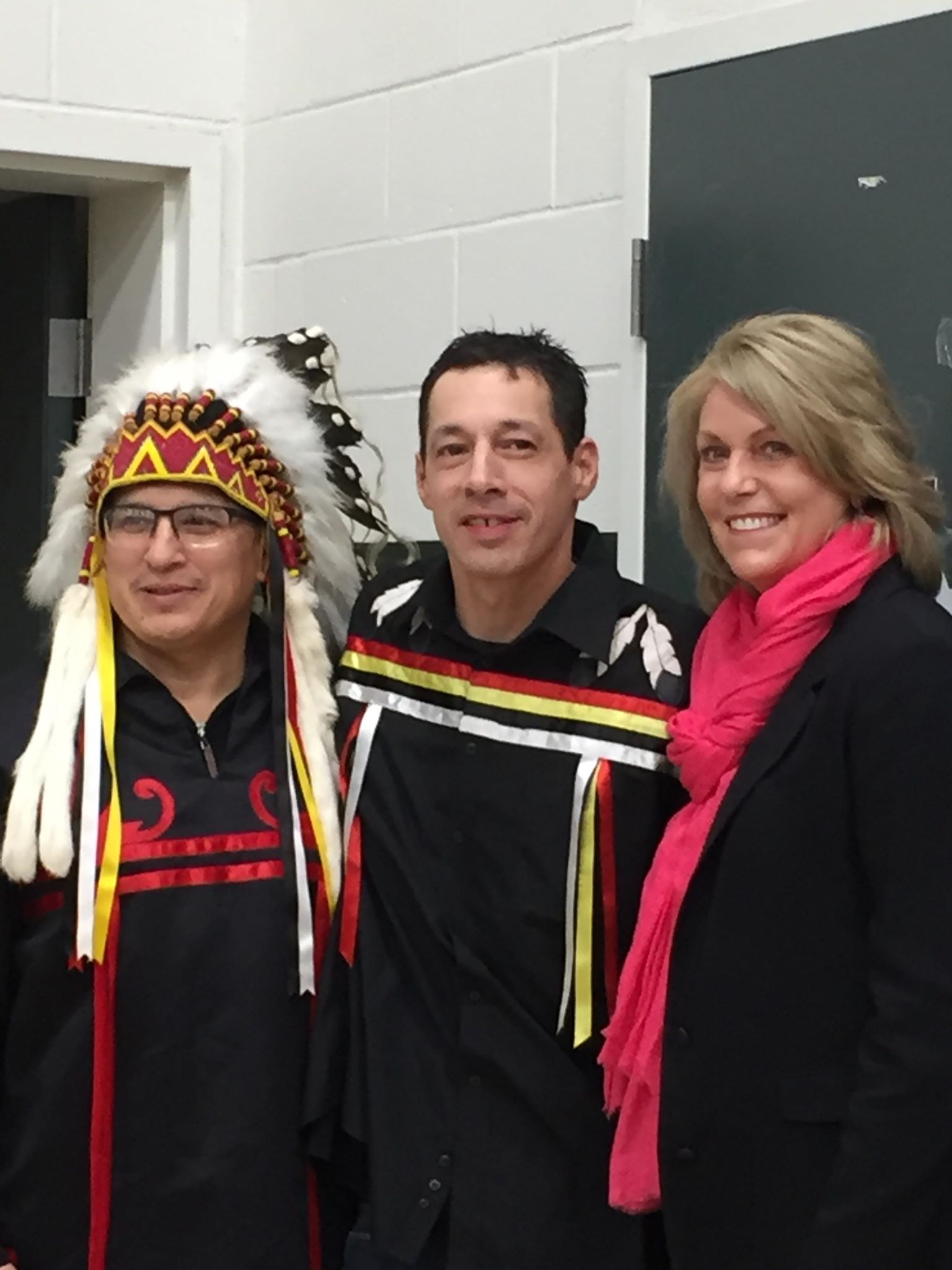 Carnegie Hero Liam Bernard, center, was honored Dec. 6 at Mi’kmawey School in St. Peter’s, N.S. Potolek First Nation Chief Wilbert Marshall, left, and Carnegie Hero Fund Commission board member Nathalie Lemieux presented the Carnegie Medal to Bernard, who is a member of the Potolek First Nation. In 2016 Bernard, 37, of Chapel Hill, N.S., responded to the scene of an accident, where a pickup truck had come to rest in a ditch. As fire broke out in the truck’s engine compartment, Bernard fully entered the truck’s cab, and attempted to free the driver, but was unsuccessful. As smoke and fire intensified, Bernard moved away from the truck, but hearing the driver call for help, he returned and fully entered the cab again. He grasped the man, and others grasped him, all tugging the pair into the passenger seat, where others helped remove the driver, who was not burned.

About 200 community members attended the December ceremony, which included a play performed by elementary school students. Bernard presented Lemieux with a braided sweet grass he made with eagle feathers.