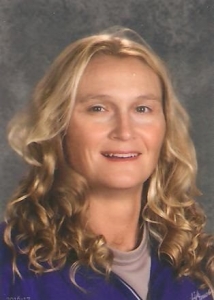 A high school teacher saved students and staff from a school shooter Sept. 20, 2017, in Mattoon, Ill. Students were at lunch in a high school cafeteria when a 14-year-old boy showed several students the .40-caliber, semiautomatic pistol he had brought to school. One student informed teacher Angela Lynn McQueen, 40, of Mattoon, and as she approached, the boy began to fire the gun toward other students. McQueen lunged for the gun and forced the assailant’s hand upward toward the ceiling as he continued to fire. McQueen kept the gun pointed to the ceiling until the gun was emptied, and then disarmed him as a school resource officer arrived to handcuff him. One student was hit with a bullet and recovered. McQueen suffered minor hearing loss in both ears and other injuries. The remaining students and staff escaped the cafeteria unharmed.