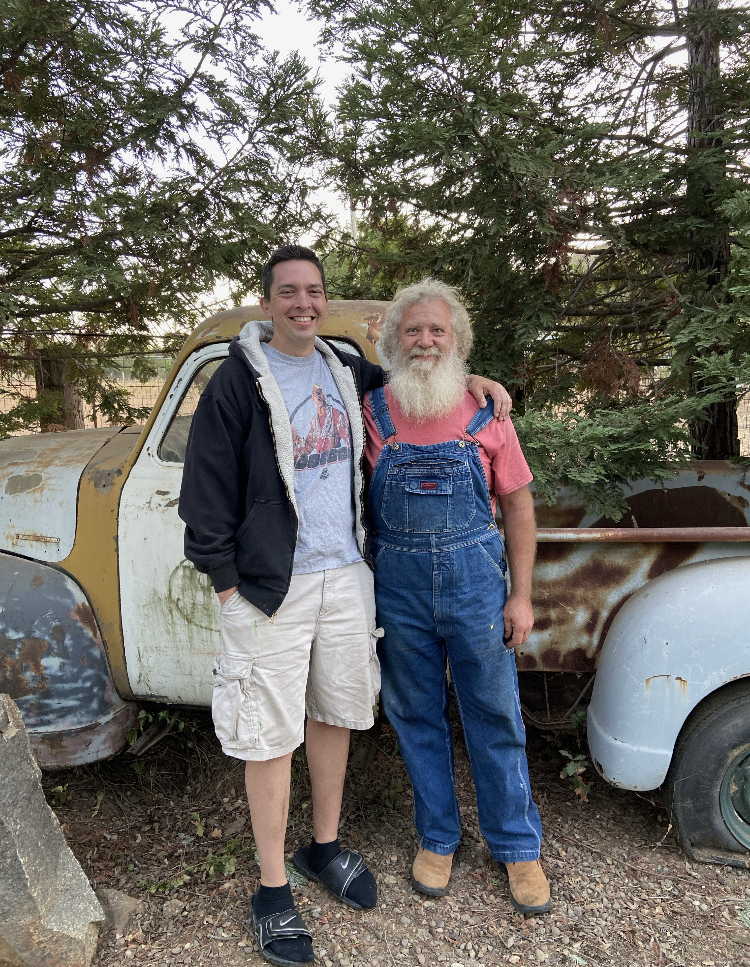 On Aug. 13, 2019, from inside his Rescue, California, home, Carnegie Hero Scott D. Morrison heard a sedan collide with a boulder and tree about a quarter-mile away. The vehicle came to rest upright but ignited dry grass around it; its 39-year-old driver, Raymond M. Jerrett III, remained unconscious inside with his legs trapped in its center console area. Blocked by fire from accessing the driver’s door, Morrison, a 59-year-old retired diesel mechanic, ran to the front, passenger door, opened it, and entered the vehicle. Flames engulfed the driver’s side and Jerrett’s clothing was burning. Morrison pulled Jerrett partially out of the vehicle, then freed Jerrett’s feet, and removed him fully. He patted out flames on Jerrett’s clothing and dragged him farther from the car. Jerrett was airlifted to a burn center for treatment of severe burns. Morrison was also treated at an area hospital for smoke inhalation and second-degree burns. He recovered.