Loggers Michael James Jordan, 47, and his son, Wyatt, 20, saved a 24-year-old woman who was trapped inside her burning pickup truck after a highway accident on Nov. 14, 2017, in Killingly, Conn. Jordan ran to driver’s side of the truck and attempted to open the door, but it was jammed. He grasped the door frame and pulled on it. His boot caught fire. He stamped his foot to put out the flames, and then Wyatt arrived at the truck to help, and they both pulled on the door frame until there was a gap large enough to remove the driver, Alicia E. Brunnett. Despite heavy smoke and intense heat, the rescuers reached through the gap, grasped Brunnett, and pulled her from the truck, while Jordan freed her legs from underneath the dashboard. Jordan’s pant leg caught fire, and he smothered the flames. They moved her away from the truck. Brunnett was hospitalized for broken limbs and internal injuries sustained in the accident, but she was not burned. Jordan sustained a burn to his right shin, and he recovered. 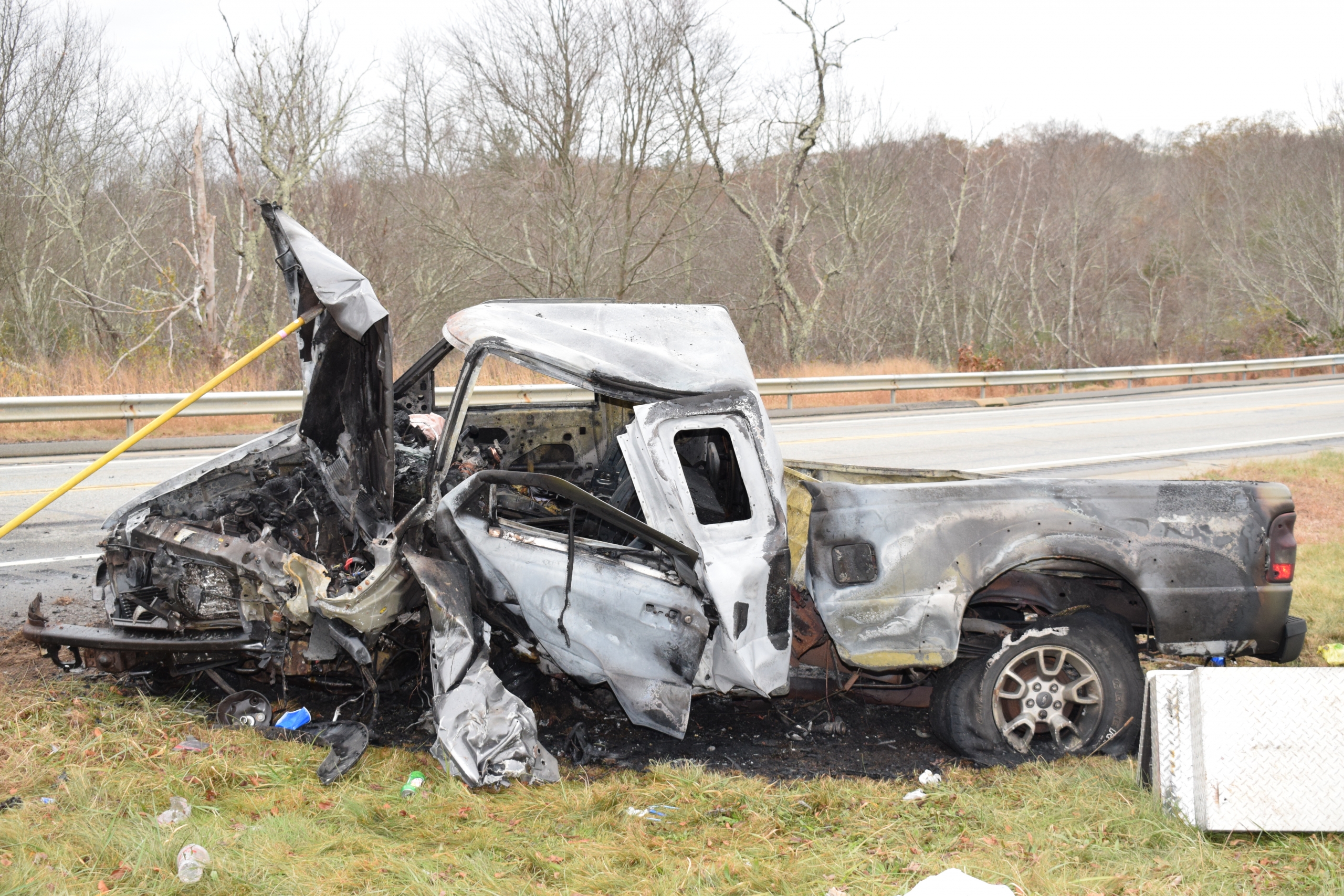