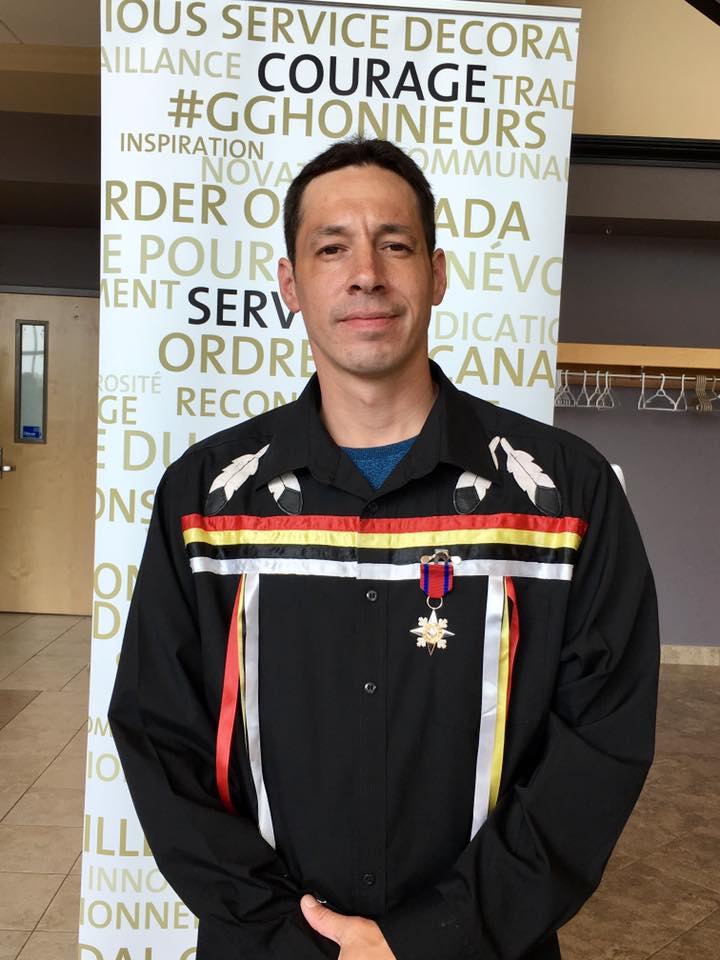 Chrisman, 68, was the driver of a pickup truck that, following a rural highway accident, came to rest in a ditch at an angle. Chrisman remained in his seat, his legs pinned, as smoke issued from the truck’s engine compartment. Multiple people who stopped at the scene, including Bernard, 37, a welder of Chapel Hill, N.S., tended to Chrisman’s injured passenger and helped him to safety.

After fire broke out in the truck’s engine compartment, Bernard opened its front, passenger door and climbed fully inside the cab while a bystander held the door ajar. Bernard released Chrisman’s seat belt and removed part of the dashboard in an effort to free Chrisman but was unsuccessful. Bernard exited the cab briefly and moved away from the truck as smoke and fire intensified, but hearing Chrisman call for help, Bernard returned to the truck and, despite advancing flames, fully reentered the truck’s cab.

Bernard grasped Chrisman’s upper body, and as others held onto him and tugged, Bernard pulled Chrisman into the passenger seat and toward the door where others helped to remove him. Bernard also exited the cab, and the truck was shortly engulfed by flames.

Chrisman, who was not burned, had a lengthy hospitalization for treatment of serious injuries.