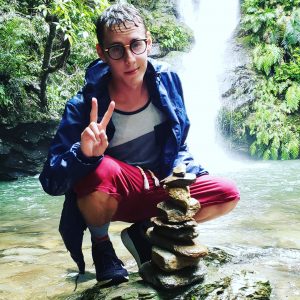 It was a late Sunday night when Truman State University student Jordan Scott Lambay, now of Okinawa, Japan, became alerted to a June 29, 2018, attack occurring outside his Kirksville, Mo., home. Leaving the house barefoot, Lambay, 22, ran to a man who had dragged a bloodied woman into a neighborhood street and was hovering above her with an axe. Despite weighing 40 pounds less than the assailant, Lambay grasped the axe handle with his hands and prevented him from hitting the woman again. Lambay took the assailant to the ground and pinned him to the pavement. He attempted to wrestle the axe away from him until his partner seized it and removed it from the vicinity. The woman had been hit with the axe several times before Lambay intervened. She was treated at the hospital for serious injuries and survived. Lambay was not injured.