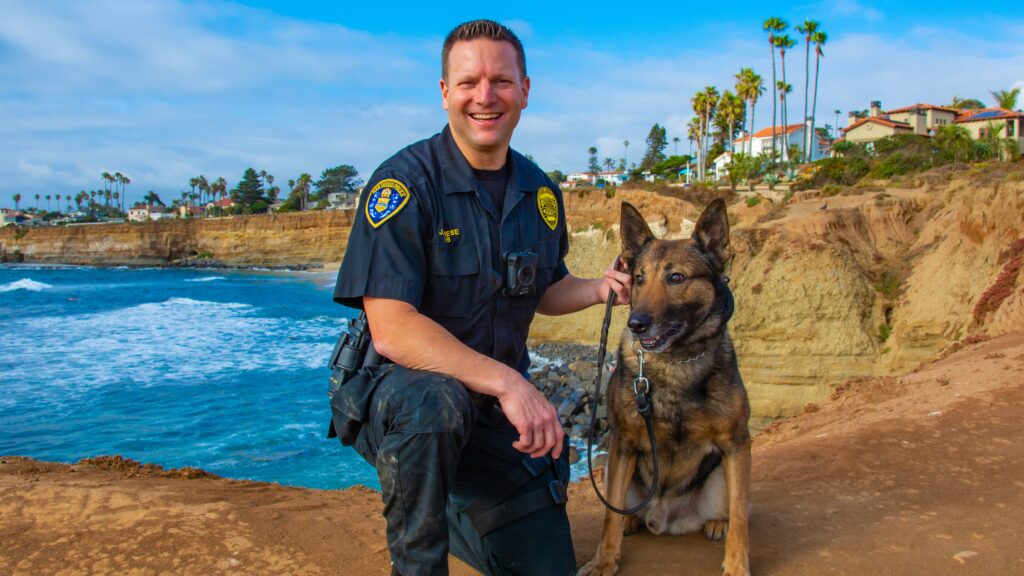 A San Diego police officer used a dog leash to rappel down a 30-foot cliff and then entered the Pacific Ocean to save a man and his two daughters from drowning on June 13, 2020. Before sunrise, the 47-year- old man was the driver of a truck that left the road at the top of the cliff and entered the ocean. The man had left the partially submerged and overturned vehicle and was holding his 2-year-old twin daughters in the water beside the truck, as Officer Jonathan Wiese, 43, analyzed the scene. He removed his shirt, ballistic vest, and duty belt, wrapped the 100-foot leash twice around his chest, and other officers at the scene lowered Wiese to the base of the cliff, where he removed the leash and entered the water. Wiese swam to the man, who was larger than him, grasped him, and pushed him and the girls to the base of the cliff. One of the girls was unresponsive, and he secured her to a backpack; officers at the top of the cliff hoisted her, and then her sister, to safety; they were later hospitalized with serious injuries. The father was removed from the cliff by helicopter. Wiese eventually used a surfboard to paddle about 200 feet to a point where he could exit the ocean.