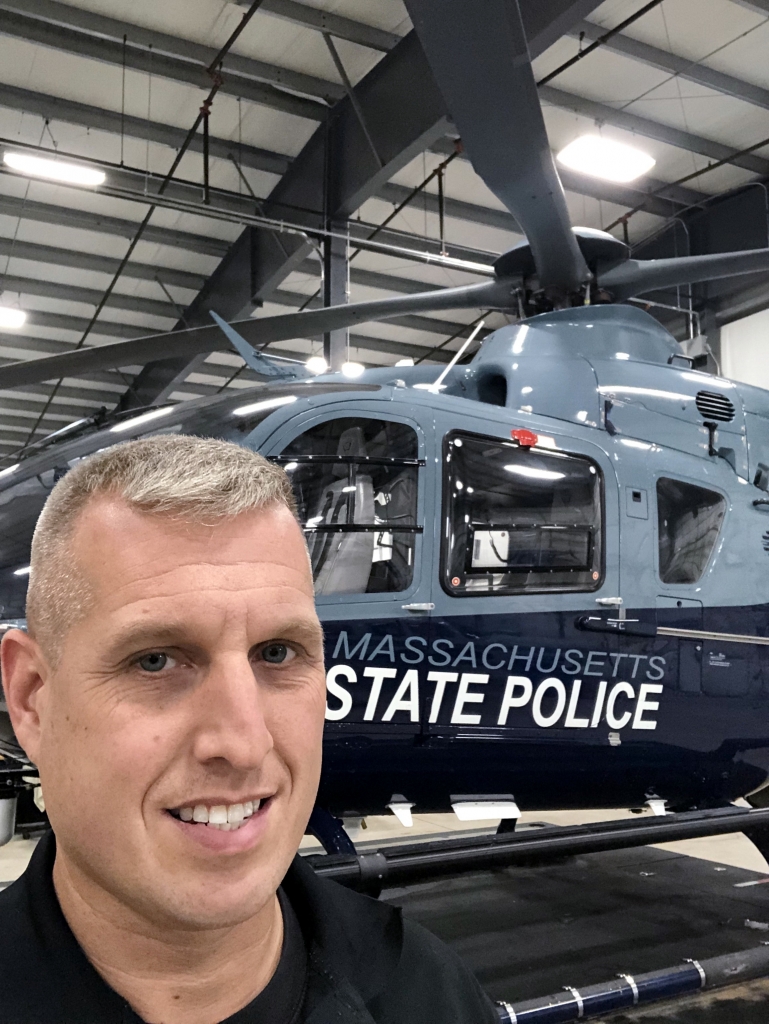 At night, Than, 24, clung to a rock in the Merrimack River and called for help. Authorities, including police and fire departments, arrived shortly but initial efforts to rescue Than were unsuccessful. Hazelrigg, 52, state trooper of Lunenberg, Mass., was piloting a police helicopter equipped with a searchlight that was dispatched solely to illuminate the dark river, which flowed swiftly and contained ice. The helicopter was not designed or equipped for rescue operations.

Arriving at the scene, Hazelrigg and Phippen, 43, tactical flight officer of North Billerica, Mass., observed Than, who had been partially submerged in sub-freezing temperatures for more than 20 minutes, to be lethargic and determined that he required immediate assistance.

Hazelrigg descended to water level near Than as Phippen, attached to the helicopter by a strap at an open door, positioned himself outside the cabin on a skid. With Than beyond Phippen’s reach, Hazelrigg maneuvered the helicopter closer to him as Phippen moved to the other side of the cabin, opened another door, and again positioned himself on a skid.

With the helicopter skimming the surface of the water, Phippen handed Than a life vest, grasped his arm, and pulled his upper body into the cabin. Unable to pull Than’s entire body inside, Phippen held to Than and, with the helicopter’s rear doors open, Hazelrigg flew to a nearby hospital.

Than suffered hypothermia and a cut on his chin; he recovered. Phippen was sore and wet.