William Ayotte rescued Erin A. Greene from an attacking polar bear, Churchill, Manitoba, November 1, 2013. Greene, 30, was walking in the dark through a residential neighborhood when a 275-pound, male polar bear approached and attacked her, taking her to the ground and biting her about the head. From his house nearby, Ayotte, 69, retired water treatment plant operator, heard Greene’s screams. He opened his front door and saw the bear thrashing Greene about. Taking a snow shovel with him, Ayotte advanced to Greene and the bear and struck the bear once, hard, about the face. The bear released Greene, who then fled to safety inside Ayotte’s house. As Ayotte retreated, the bear took him to the ground and began to maul him. Neighbors attempted without success to scare the bear away until one of them approached in his pickup truck. The bear then left the scene. Ayotte and Greene were taken to the hospital, where Greene was detained a day for treatment of numerous bite and claw wounds. Ayotte was detained a week for treatment, including surgery, of extensive lacerations, including a nearly severed ear. He fully recovered. 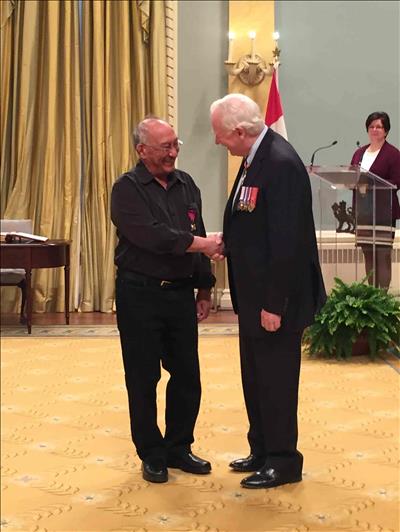