Steven B. Wahler died attempting to save a 12-year-old boy from drowning, Gulf Shores, Alabama, October 9, 2017. The boy was playing in rough surf in the Gulf of Mexico when a rip current carried him to a point about 100 feet from shore into water over his head. Waves up to 5 feet high were breaking close to shore when Wahler, 47, IT manager, a male landscaper, 21, and others were alerted to the boy’s plight by his mother. Wahler, carrying a boogie board, entered the water and swam southwest toward him. Wahler reached the boy, placed him on the boogie board, and began pushing the board toward shore but became separated from him following the passage of a breaking wave. Wahler was carried farther from shore by the current. The boy’s mother, using a boogie board, reached her son and guided him back to shore. The landscaper, who had also entered the water, swam toward Wahler, and appeared to reach him before he and Wahler submerged. The boy was examined by medics but was not injured. Wahler was recovered from the water more than two hours later; he had drowned. The landscaper’s body was recovered the following day. He, too, had drowned.

Wahler was a 1988 graduate of Daviess County High School in Owensboro, where he played soccer and baseball. He continued his education at Western Kentucky University, where he earned a degree in computer science.

Wahler spent 23 years working at the Messenger-Inquirer newspaper, including 18 years as I.T. Manager. He was a very dedicated employee and his expertise was a critical part of the business. Wahler was a lifelong and active member of First General Baptist Church. He was an exemplary husband, father, son, and uncle. He coached his son Brandon’s basketball team and coached his daughter Ashley’s soccer team.

Wahler was an avid boater and loved vacationing with his family at the beach and lakes. Among his great passions was golfing with Brandon and his great nephew, Ethan Bartos. He was a classic-car enthusiast and especially enjoyed his 1968 Ford Mustang. Wahler had a great sense of humor and entertained his friends and family with his jokes and stories. He also enjoyed listening to classic rock and watching Kentucky Wildcat basketball.

He was buried at Resurrection Catholic Cemetery in Philpot, Ky.

(Edited from an obituary published on the website for the Glenn Funeral Home and Crematory in Owensboro.) 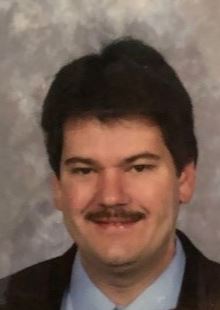