Richard David Greeno helped to rescue Charles C. Rhodes from burning, Circleville, Ohio, October 16, 2015. Rhodes, 66, who required a cane to walk, was in the lower level of the split-level house where he was residing after fire broke out at night in the attached, adjacent garage, engulfing it. Asleep on an upper level of the house, Greeno, 40, disabled maintenance man, was awakened to the fire by a woman who lived next door. He exited the house through the back door but re-entered, through the front door, for Rhodes. Dense smoke forced him out for air. After breaking a lower-level window to vent the smoke, Greeno re-entered through the front door and, crawling, advanced about 12 feet to the stairs extending to the lower level and descended them. Flames by then were entering the lower level from the garage, and heat was intense. Rhodes had crawled toward the stairs, and Greeno located him a few feet from them. Meanwhile, the neighbor had entered the house through the front door and after repeated attempts met up with Greeno and Rhodes at the stairs. She and Greeno dragged Rhodes from the stairs to the front door and out of the house, the lower level of which was shortly engulfed by flames. Rhodes required hospitalization, including surgery, for treatment of severe burns. 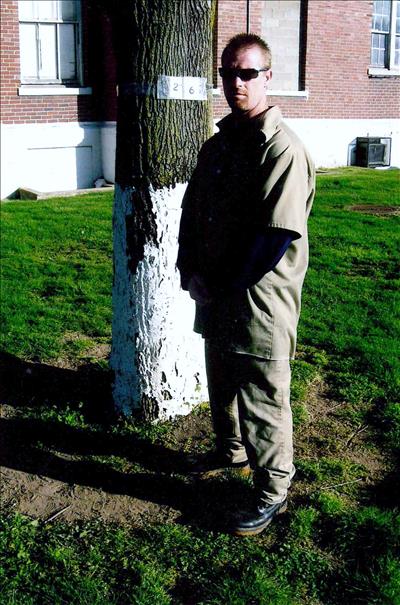