Raul Moreno saved Harry Douglas from burning, Conyers, Georgia, June 22, 2016. Douglas, 71, was the driver of a dump truck that, in an accident, left the roadway and entered a shallow ditch. Trapped by wreckage, he remained in the driver’s seat as flames broke out in the undercarriage of the engine compartment and grew and spread, and dense smoke filled the cab. Witnessing the accident from his job site nearby, Moreno, 44, landscaper, went to the driver’s side of the truck and broke out the window of that door with his pruning shears. He then extended his head and arms through the opening but was repulsed by smoke and retreated. Taking a deep breath and holding it, Moreno again leaned into the cab. He bear-hugged Douglas about the chest and, pulling multiple times in between retreating for breaths of air, inched him from the cab as Douglas maneuvered his feet from his boots, which were trapped in the wreckage. Free of the window opening, the men fell to the ground, after which another man aided Moreno in carrying Douglas to safety. Douglas required hospital treatment for injuries sustained in the accident, but he was not burned. 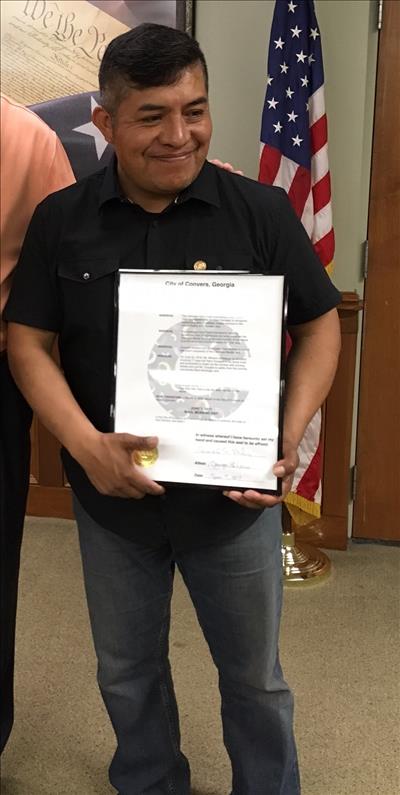