Paul J. Archambault helped to save Sigrid Szymczak-Hopson from burning, Azusa, California, September 1, 2002. Ms. Szymczak-Hopson, 70, was at her cabin in the San Gabriel Canyon of the Angeles National Forest when a forest fire broke out about three miles away and began to advance in that direction. Authorities evacuated the canyon of its residents and visitors, but Ms. Szymczak-Hopson was reluctant to leave. The sheriff’s department learned that she remained in the path of the fire, and two of its deputies, including Archambault, 43, elected to respond. Archambault driving, the men took a sport utility vehicle on the only road into the canyon, defying both a roadblock that had been established by firefighters and warnings that the road was impassable. The first part of their 8.5-mile route was through an area over which the fire had already passed but where hot spots remained, flames flaring then receding on either side and debris littering the roadway. About a half-mile from the cabin, the road narrowed to one lane, with a 300-foot drop to the side. Flame conditions were more severe there, and dense smoke reduced visibility to only a few feet. Archambault pulled the vehicle into a parking lot near the cabin and kept it moving to avoid engine failure as his partner ran 650 feet to the cabin, where he found Ms. Szymczak-Hopson. After the partner returned to the vehicle with her, Archambault pulled back onto the roadway, where conditions were deteriorating: Visibility was further limited and intense heat made its way into the vehicle. They navigated the narrow portion of the roadway, then continued toward safety until one of the vehicle’s tires flattened, about four miles from the roadblock. Another flattened shortly after, and the rest of the vehicle showed extensive fire- and debris-related damage. Firefighters responded shortly and took them to safety; neither Ms. Szymczak-Hopson nor Archambault and his partner was injured. The fire burned for 13 days over more than 20,000 acres before it was contained. 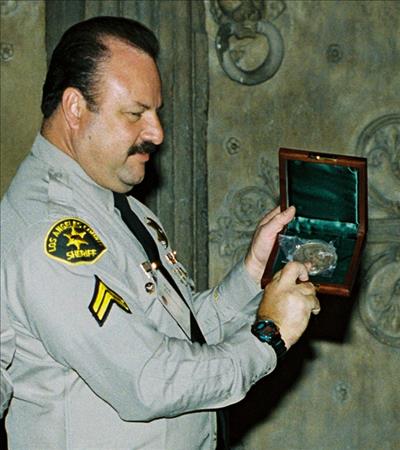