Paul H. Olson saved Lucille Lillian Greene from drowning, Minneapolis, Minnesota, March 13, 1961. Mrs. Greene, 29, entered the Mississippi River fully clothed and struggled to stay afloat as she moved 75 feet from the bank into deep water. Olson, 39, taxi driver, saw Mrs. Greene and ran to the water’s edge, noting that she had submerged briefly in the cold water. After undressing to his underwear, Olson plunged into the river, in which there were small ice floes. He swam to Mrs. Greene, who had submerged again with only her arms remaining above the water. Grasping Mrs. Greene by the shoulder, Olson drew her to the surface and towed her 35 feet toward the bank. Mrs. Greene then struggled with Olson, attempting to break from his grasp. When he had quieted her, Olson then towed Mrs. Greene 35 feet farther to within five feet of the bank. Two men aided them from the water. Both Mrs. Greene and Olson were treated for exposure.

Olson was born in Minneapolis, Minn., to Victor Emmanuel Olson and Ellen Josephine (Broberg) Olson. He served in the Civilian Conservation Corps in Effie, Minn., in 1939 and 1940 and with the U.S. Navy from 1943 to 1946. During World War II, he was stationed on the USS Satterlee.

Olson was an equipment operator for the City of Minneapolis for almost 20 years, drove a cab, and owned an excavation business. He was awarded a Carnegie Medal in recognition for saving a woman who was drowning in the Mississippi River at Minneapolis in March 1961.

He was buried in Hillside Cemetery in Minneapolis.

(Edited from an obituary published on the website for the Star Tribune.) 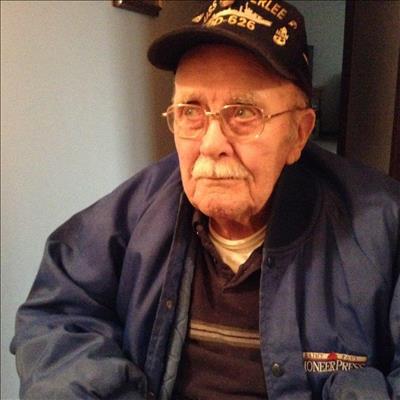