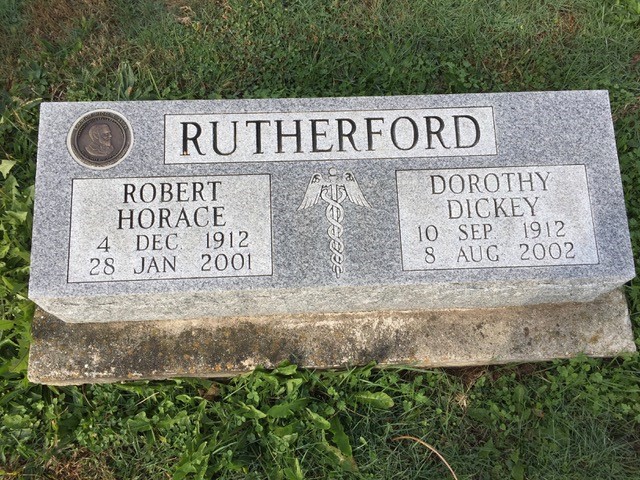 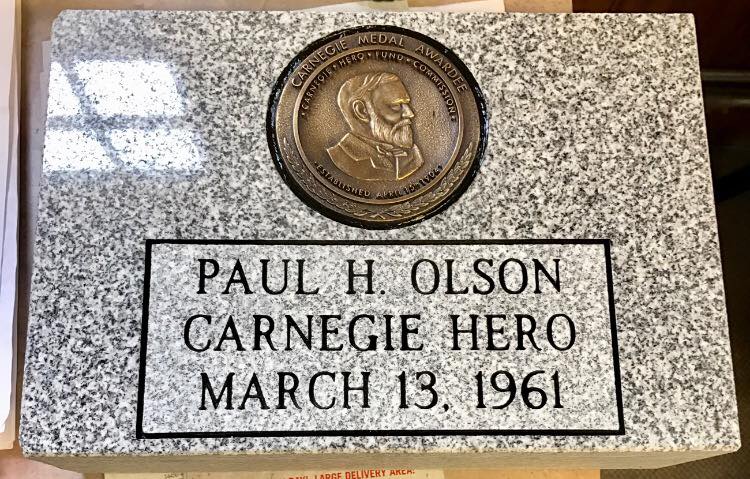 Graves of two Midwestern Carnegie heroes were recently marked with the installation of bronze medallions cast in the likeness of the Carnegie Medal that the Hero Fund makes available to the families of deceased awardees. 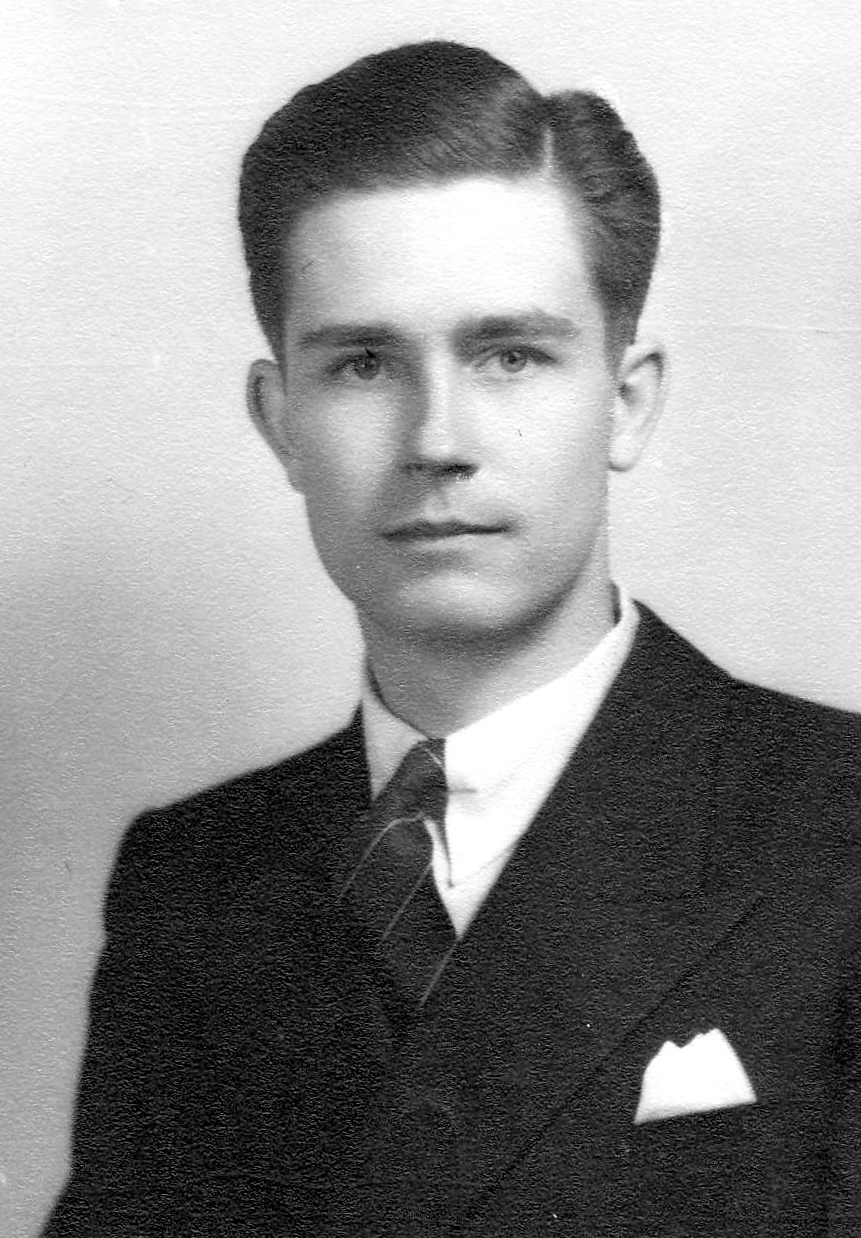 Robert H. Rutherford, who died Jan. 28, 2001, was a long-time physician serving Macoupin County, Ill.  He was awarded a silver Carnegie Medal in 1932 for rescuing a man from a collapsing well in Girard, Ill., in 1931, when he was a college student.  The man was buried at the bottom of a 20-foot-well by bricks and earth that collapsed into it.  Rutherford, then 19, descended to the top of the debris, freed the man, and then with him climbed out of the well to safety as the well continued to collapse.  With tuition assistance from the Hero Fund, Rutherford went on to attend medical school at Washington University, St. Louis, Mo., and on graduating in 1936 practiced medicine for 50 years.

Son Jack Rutherford of Carlinville, Ill., the youngest of five children of Dr. Rutherford and his wife of 53 years, Dorothy, said it wasn’t until last August that he and his siblings first saw their father’s Carnegie Medal.  From the date of its presentation, he said, the medal was held by his father’s parents and then by his younger sister.  It surfaced last summer for a ceremony sponsored by the Macoupin County Historical Society to honor Carnegie heroes from that part of southern Illinois.  “We never dreamed we would ever know all of our father’s Carnegie story,” Jack said. 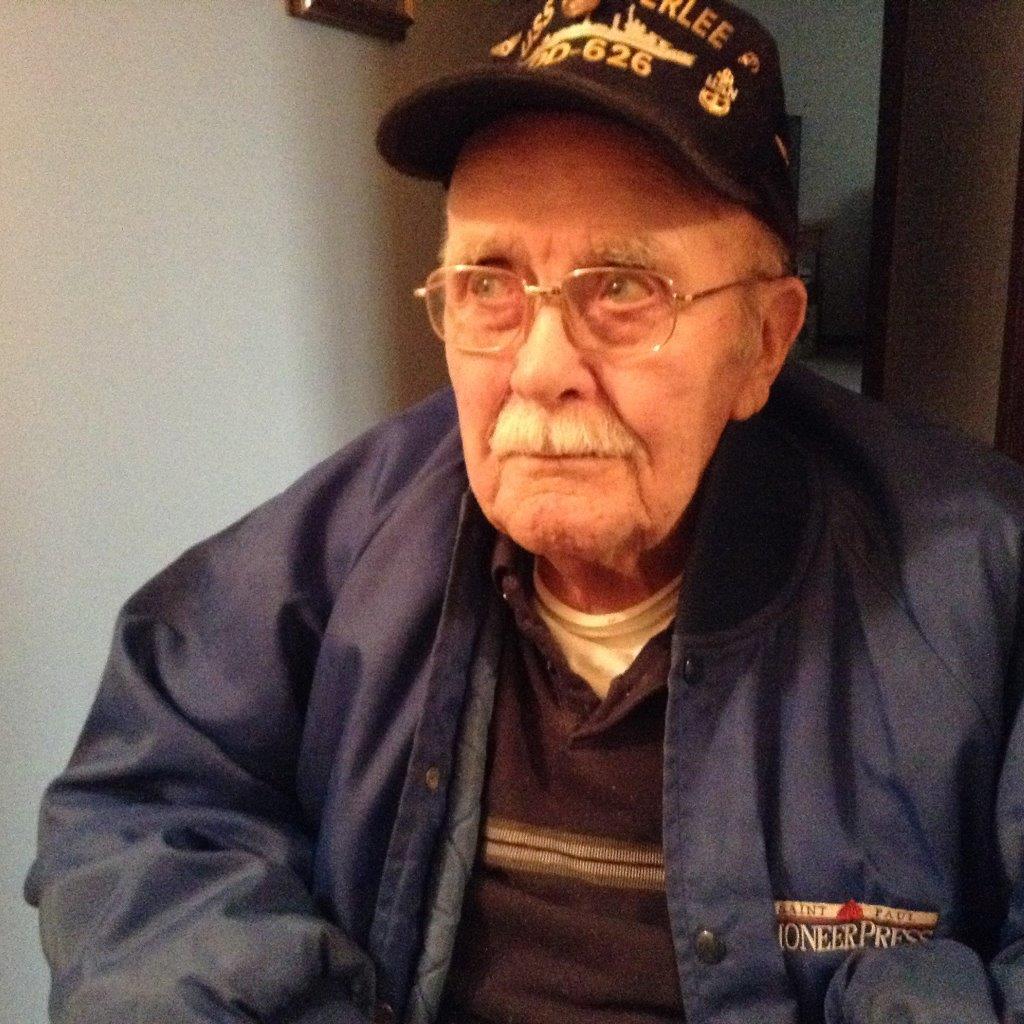 The Minneapolis, Minn., grave of Paul H. Olson was also designated with the marker.  Olson, of Anoka, Minn., who died at age 92 in 2015, was awarded the medal in 1961 for saving a woman from drowning in the Mississippi River in Minneapolis.  Then a taxi driver, 38, Olson had seen the fully clothed woman walk slowly along the steep river bank, and he became suspicious of her actions.  After she ran down the bank and plunged into the water, Olson removed his outer clothing, entered the river, and swam about 75 feet to her.  He returned her to the bank even though she resisted him halfway back.  Both were taken to the hospital for treatment of exposure.  “He was very proud of his medal,” according to daughter Paula Olson Orth, writing at the time of his June 9, 2015 passing.