Nicholas Anderson saved five people from burning, Willits, California, May 26, 2017. A 7-year-old boy, 22-month old girl, 24-year-old man, 19-year-old woman, and 43-year-old woman were passengers in a truck that collided at night with a sport utility vehicle on a rural highway. As fire broke out at the front ends of both vehicles, the drivers were pinned in their seats. Among the motorists who stopped at the scene was Anderson, 45, operations manager. Anderson, with a man’s help, pried open the truck’s rear, driver’s-side door. Anderson leaned inside, freed the 7-year-old boy from his seat, and removed him from the truck. Anderson then re-entered, removed the 22-month-old girl from her safety seat and withdrew from the truck holding the girl. After handing her off, Anderson passed the truck’s rear and heard the 24-year-old man moaning from the enclosed bed. Anderson reached through the open, rear cap window, grasped the man, who was injured, and lowered him to the road. He then moved to the passenger side, where both doors were open. Anderson leaned in at the rear, passenger-side door and guided the 19-year-old woman, who was also injured, out of the truck to safety. He then entered at the front, passenger door and helped the 43-year-old woman outside as flames were at the windshield. The fire rapidly spread and engulfed both vehicles; neither driver survived. All five of the removed passengers were hospitalized. Anderson was not injured. 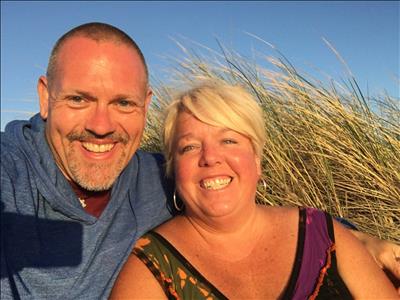