Michael Lumahang died helping to save a 12-year-old boy from drowning, Ottawa, Ontario, August 23, 2014. The boy was fishing on rocks in the Ottawa River when he slipped and fell into the water. Lumahang, 39, custodian and family friend, was fishing with the boy. Lumahang threw his fishing pole to the boy but the boy was unable to grasp it and was pulled downstream by the current. Lumahang jumped into the 65-degree water and moved toward the boy. The two shouted for help and a man swam out to them and grasped both Lumahang and the boy. The man began to swim backwards toward the bank but submerged a few times. Unable to swim with both the boy and Lumahang, Lumahang and the man separated and Lumahang was taken downstream by the current. The man swam with the boy toward the bank where others took the boy from him when he had difficulty swimming and removed the boy from the water. The man was able to exit the water on his own. The boy was treated for mild hypothermia. Lumahang’s body was recovered the next morning; he had drowned. 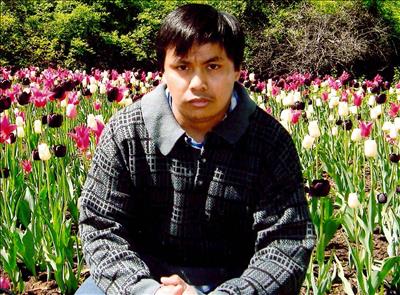