Michael Douglas Barkhouse rescued a woman from an attacking dog, Yellowknife, Northwest Territories, June 17, 2017. In a kennel enclosed by a chain-link fence at an animal shelter, an adult husky dog attacked and repeatedly bit a 42-year-old kennel attendant on the left arm and both legs. She screamed for help. As he drove past the kennel, Barkhouse, 44, construction worker, heard the attendant and pulled into the kennel’s parking lot. He put on leather work gloves. After taking a wooden stake from his truck, Barkhouse approached the enclosure and forced open a latch that secured the kennel’s outer gate. He entered a holding area, then opened a second door to enter the kennel, where the dog was biting the attendant’s arm as she lay on the ground. Barkhouse yelled at the dog as he approached it from behind, but it continued its attack. Having discarded the stake, Barkhouse struck the dog with his feet and hands until it released the attendant. As the dog retreated, Barkhouse grasped the attendant’s upper body, dragged her into the holding area, closed the kennel’s inner gate, and tended to her. The attendant was hospitalized for treatment of numerous bites. Barkhouse’s right hand was bruised. 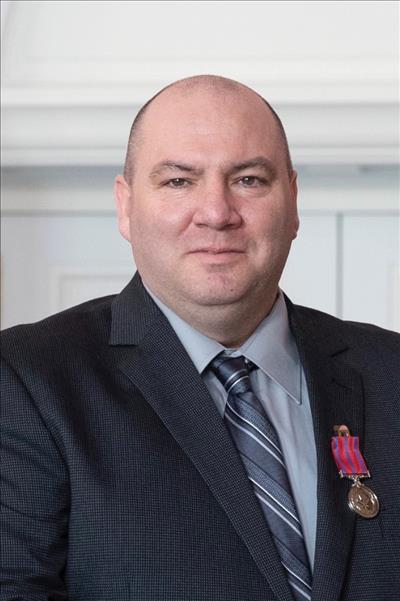