Michael Benjamin James helped save Mariam S. Egberongbe from drowning, Belleville, New Jersey, March 4, 2019. After her car left a highway and entered the Passaic River, Egberongbe, 22, escaped through the broken-out rear windshield and positioned herself atop the trunk as the current carried the car, with its front end submerged, downstream. Having approached the scene as a passenger in a vehicle driven by another man, James, 36, rail signal maintainer, saw Egberongbe in the river. He removed his jacket and boots and descended an embankment to the retaining wall at the nearest bank. Although he had been recovering from recent surgery, James lowered himself from the wall into the 37-degree river. James swam to Egberongbe, who tried to remain above the surface after the car had submerged. James gained a hold of Egberongbe and towed her toward the wall at the nearer bank and helped to secure her with a piece of wood as he struggled to move closer to the bank. Those present at the scene, including police officers, threw ropes to them and worked to pull Egberongbe then James up the wall to safety. Egberongbe and James were hospitalized for their exposure to the cold water. They recovered. 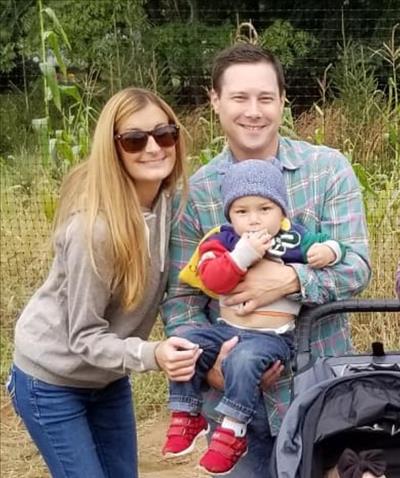