Kevin D. Little, Jr., died attempting to save Tae’Najah Moregan from burning, Milwaukee, Wisconsin, October 20, 2015. Tae’Najah, 2, was in a bedroom on the second floor of a house when fire broke out in the living room below the bedroom. Her cousin, Kevin D. Little, Jr., 10, student, was sleeping in the same room. Kevin’s grandmother and his four younger siblings were in an adjacent bedroom. Kevin entered the adjacent bedroom and woke his grandmother, alerting her to the fire in the house. The grandmother woke the younger children. Kevin exited the bedroom ahead of his grandmother and younger siblings. The grandmother got the four younger children down to the first floor and exited the house to safety. Kevin was found in the bedroom where he had been sleeping. He was lying on Tae’Najah and there was a mattress pulled over the two of them. Both Kevin and Tae’Najah were removed from the house by firefighters. Tae’Najah died the next day of smoke inhalation. Kevin died nearly three weeks after the fire; his death due to smoke inhalation. 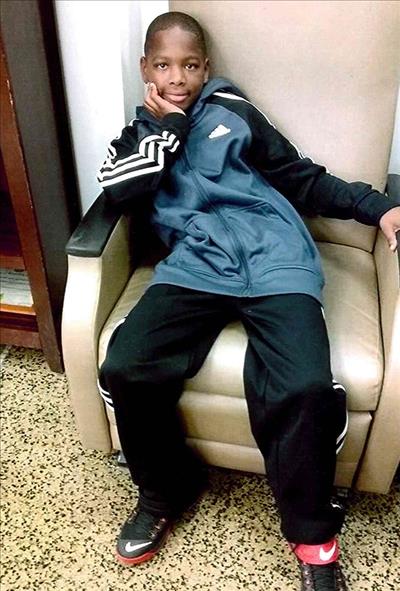