Kermit R. Kubitz rescued Loren B. Schaller from assault, San Francisco, California, May 19, 2007. Loren, 15, was at the counter in a bakery when a man armed with a knife approached her from behind and, without provocation, attacked her. He stabbed her repeatedly, taking her to the floor. Another customer, Kubitz, 60, attorney, was inside the bakery and witnessed the attack. He immediately ran to the assailant and grabbed him, but the assailant turned on Kubitz and attacked him. The men struggled over a course that took them to the floor in the bakery doorway. Stabbed twice, Kubitz removed the knife from his side and threw it to the sidewalk. The assailant then fled the scene but was apprehended shortly. Kubitz and Loren were hospitalized for treatment of their stab wounds, Loren’s requiring surgery. Kubitz missed a month’s work but fully recovered. 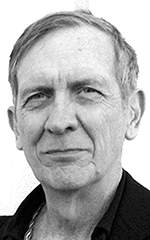