Jonathan A. Hudash rescued a man from burning, Round Rock, Texas, April 15, 2020. The man, 22, was the front-seat passenger of a van that, after colliding with the truck, left the highway, and came to rest on the highway’s shoulder against a curb. Hudash, 28, sheriff’s deputy, was patrolling nearby and was dispatched to the scene. Upon arrival at the scene, Hudash ran to the van. Despite heavy smoke and flames issuing from the van, Hudash extended his arms and hands through the open passenger window and attempted to unlatch the man’s seat belt but blistering heat made him quickly withdraw. Hudash again reached in, and using a pocketknife he carried with him, Hudash cut the shoulder strap, then grasped the man’s arms and tugged, but he could not get a good grip due to burns Atwood sustained. Hudash then grasped his belt, pulling on it until the man’s upper body came through the window opening. He then fully pulled him from the vehicle and placed him on the ground next to it. Hudash dragged the man farther from the vehicle to safety. The man was taken by ambulance to the hospital for treatment of his extensive injuries, including severe burns, but later died. Hudash was treated at a hospital for burns to his hands. He was released and later recovered. 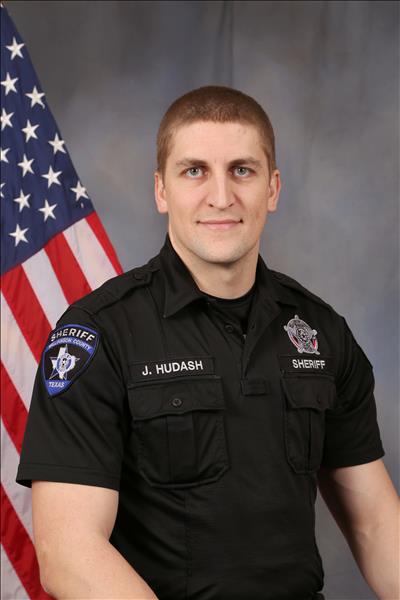