John Paul Hollyfield saved Ashley S. Gruwell from being struck by a falling tree limb, Accokeek, Maryland, July 9, 2015. During a cookout on the wooded Moyaone Reserve, Ashley, 6, was seated at the top of a slide that was about 10 feet beneath an 80-foot-long limb of an old-growth tree, the base of which was about 20 feet away. At the trunk, the limb was at least 3 feet in diameter. An attendee, Hollyfield, 56, teacher, heard the limb cracking from the tree and concluded that its collapse was imminent. While Hollyfield and others yelled for guests nearby to disperse, Ashley remained atop the slide. Hollyfield, then standing near a pavilion, ran about 30 feet to the slide, where he grabbed Ashley and led her to the ground. Hollyfield then led her to safety in the vicinity of the pavilion. Within seconds, the limb fell across the top of the slide, destroying it, while also damaging other structures at the scene. 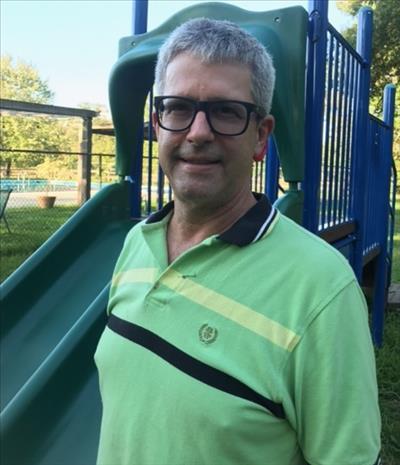