J. Manuel Corral, 43, farm hand, saved Randy G. McKinley, 3, from drowning, Dell City, Texas, December 23, 1959. While playing with other children near an abandoned irrigation well 300 feet deep, Randy dropped through the casing into the unlined section of the well and landed in cold water 68 feet below the top. He held to the sides of the well with his head above water and called for his mother, who was summoned by Randy’s companions. Soon afterward she was joined by Corral, firemen, and others. Among several who volunteered to enter the well, Corral was the only one small enough to get into the casing, which was 15.5 inches in diameter. In order for him to be able to use his hands in the confined space, Corral was lowered into the well headfirst with a rope attached to each ankle and held by other men. After twice becoming stuck briefly in the casing, Corral entered the unlined portion of the well, which was about three feet in diameter. Additional ropes were added to those attached to Corral, and he was lowered until his extended hands touched the water. Probing in the dark, Corral located Randy and then held him by the wrists in a suspended position in order to make passage through the casing possible. Corral, who was becoming dizzy and experiencing considerable pain in his ankles, called to the men to pull him up quickly lest he lose consciousness and drop Randy. The men raised them from the well, friction of the casing wearing away Corral’s shirt in places and causing abrasions on his shoulders and head. Randy suffered only minor cuts. Both he and Corral, who had been inside the well in an inverted position for 15 minutes, recovered. 44936-4364 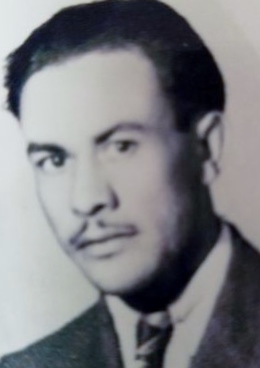